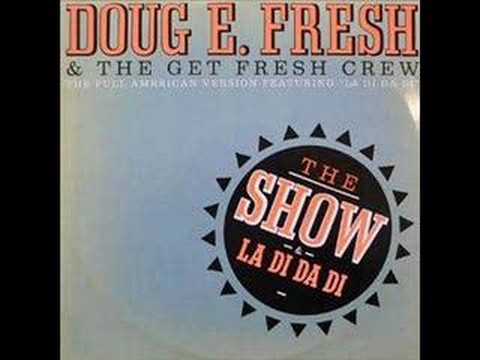 La Di Da Di by Doug E. Fresh, who provides the beatboxed instrumental, and MC Ricky D (later known as Slick Rick), who performs the vocals. It was originally released in 1985 as the B-side to “The Show”. The song has since gained a reputation as an early hip hop classic, and it is one of the most sampled songs in history.

…and here’s the original!