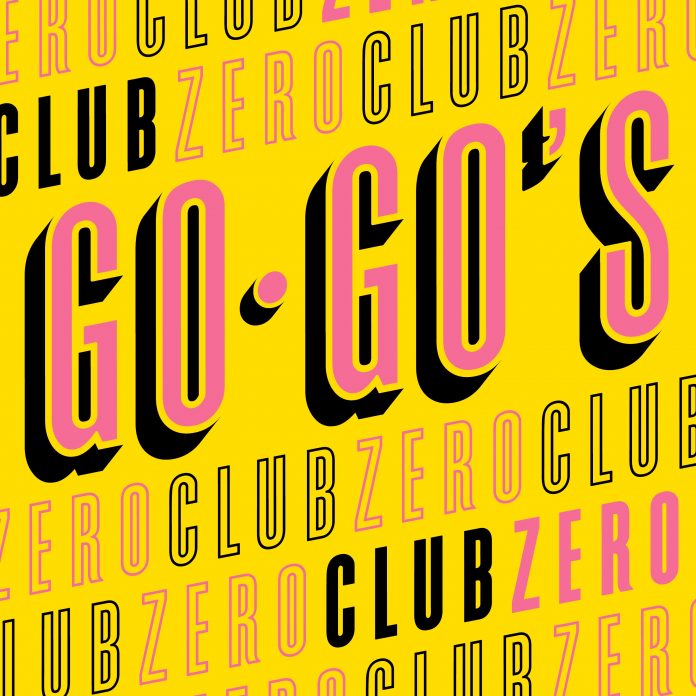 The Go-Go’s, the iconic all female L.A. punk band, will release their first new recording in nearly 20 years, “CLUB ZERO,” on July 31st on UMe. The band can be seen working on an early version of the song in their new documentary THE GO-GO’S, directed by Alison Ellwood (Laurel Canyon, History of the Eagles) which premieres July 31 at 9 pm ET/PT on SHOWTIME.

Propelled by the spirited, melodic punch we’ve come to expect from the Southern California band, as well as a catchy, call-to-action chorus, “CLUB ZERO” will certainly join the ranks among an esteemed catalog of Go-Go’s classics.

The self-produced track was created via email exchanges amongst bandmembers and recorded at Lucky Recording in S.F. with Co-Producer/Mixer/Engineer Travis Kasperbauer and in Los Angeles with Lead Vocal Recording/Producer Gabe Lopez. As the band’s stance has always been fervent when it comes to relevant issues, the anthemic, punk-infused paean arrives just in time for a world in desperate need of a voice of optimism and change:

A live version of “CLUB ZERO” featured in the THE GO-GO’S documentary shows the evolution of the track as the band writes and works out the melody in preparation for their performance at their early stomping grounds The Whisky a Go Go on The Sunset Strip. The documentary directed by Alison Ellwood (Eagles, Laurel Canyon) premiered at the Sundance Film Festival this past January to standing ovations and critical acclaim. With full access to The Go-Go’s, both past and present, this candid archive-rich documentary assesses the group’s place in music history as it focuses on their roots as a formidable contender in L.A.’s late ‘70s punk scene, detailing their rise to the top as they become one of the decade’s most beloved acts as well as an unstoppable force. It also examines the personalities and dynamics behind their rise, fall and numerous reincarnations. Until this definitive film, there has never been a serious appraisal of and showcase for The Go-Go’s’ talents or achievements – as musicians, groundbreakers, but even more so, as survivors.

To date, The Go-Go’s have the notable distinction of being the only all-female band to write their own songs and play their own instruments on a #1 album. Formed in 1978, they were a vital part of the early Los Angeles punk scene. Following the release of their debut album in 1981, the landmark multi-platinum Beauty And The Beat, they topped the Billboard 200 chart for six consecutive weeks and received a nomination for Best New Artist at The 24th Annual Grammy® Awards. Their 1982 follow-up, Vacation, hit Top Ten on the Billboard 200 and featured the Top Ten title track “Vacation.” Overall, they have sold over 7 million records worldwide and continue to tour with the “classic lineup” from 1981 – Belinda Carlisle (vocals), Jane Wiedlin (guitar), Charlotte Caffey (guitar), Kathy Valentine (bass) and Gina Schock (drums). More recently, Head Over Heels, a musical featuring the songs of The Go-Go’s, had a successful run on Broadway in July of 2018.