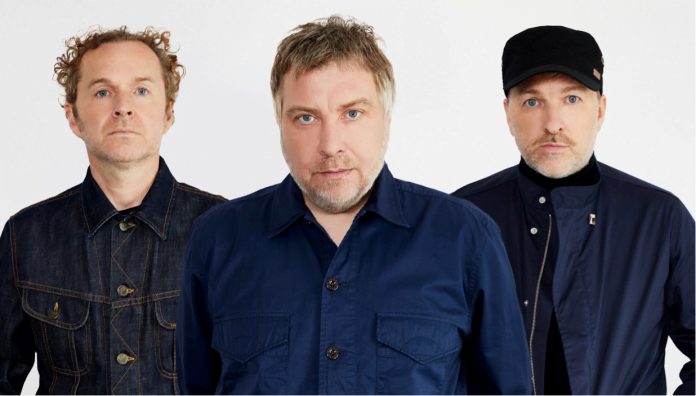 Doves recently revealed their first new music in eleven years with new track “Carousels” which received critical acclaim spanning Pitchfork, Stereogum, CLASH, Uncut and Under The Radar as well as radio plays with Sirius XMU, WXPN and more. Today, the band break their silence on new album rumours by announcing their long awaited fifth studio album, The Universal Want, set for release on September 11, 2020 through IMPERIAL in the US. Buoyed by refreshed chemistry, restless studio creativity and public reaction to their return, Doves have set free the album’s first single, “Prisoners”.

“Prisoners” is an unstoppable, driving tale of caution in a world of unending desire. Produced by Doves with Dan Austin and recorded at the band’s own Frank Bough Sound III studios in North West England, the high heat of its Northern Soul beat is fanned by wiry guitar breaks and cuts of ethereal noise contorting beneath layers of stacked vocals. A statuesque musical statement, “Prisoners” guides Doves’ second chapter to a peak now within touching distance, the lyrics contrasting to express unease with modern ills.

Andy Williams says of the single: “It’s about continually chasing something and not being satisfied when you eventually get it. You’ve got ‘that thing’ and you find you’re not any happier. Be careful what you wish for.”

Dropping breadcrumbs in rare interviews since they announced their return in late 2018, Jimi Goodwin, Andy and Jez Williams have remained reluctant custodians of their barely-kept secret of a new album throughout last year’s busy period of memorable festival and outdoor headline shows. Coming together to confirm themselves, once again, as an artistic unit for the first time since sessions ended on 2009’s Kingdom Of Rust, the cherished Manchester trio hint that The Universal Want has become an equally poignant and celebratory document of both time passed and time recouped.

“It’s definitely got the stamp of ‘the time’ all over it,” says Jez, when asked as to what lies ahead for fans who have waited patiently for over a decade for another record. “Everything on the album is an echo. It’s an echo of what we were going through at the time. Getting back together, the Royal Albert Hall and everything else.”