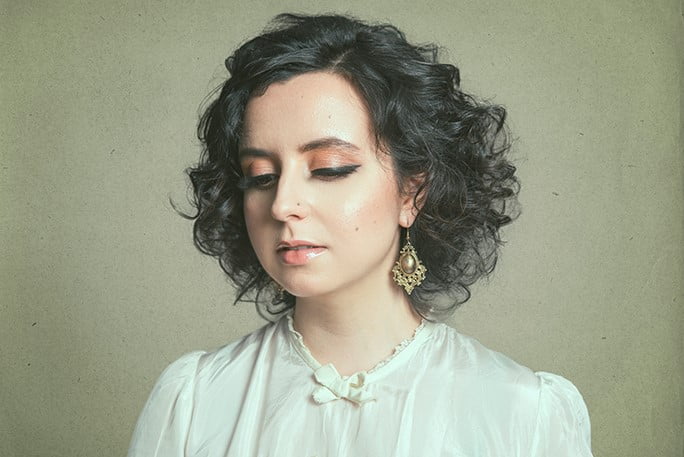 Canadian pop-soul artist Tali is stepping out of the Shadows with this month’s release of her new single, “(Don’t) Wanna Be Yours” — available now.

And not a moment too soon.

An old soul in a modern world, hopeless romantic in a heartless era, and a timeless artist in a disposable age, the emerging Toronto singer-songwriter introduces us to them all on her darkly compelling (and aptly titled) forthcoming EP, Shadows.

But she also presents someone even more vital: A gifted, dynamic and unique talent whose boundless creativity and commanding presence are matched only by her spiritual commitment to her calling. “When I sing, I feel like I connect to my source, to my higher self,” Tali explains. “It’s like a channel for me. One of my favourite quotes — I forget who said it — is ‘The function of music is to release us from the tyranny of conscious thought.’ That speaks to me. I’ve been carrying those words with me ever since I first read them.”

She’s deployed them to devastating effect on Shadows. Seductive, nocturnal and intoxicating, the three-track EP marries old-school songcraft to contemporary cutting-edge sonics and production. The result: Proficient, polished tracks without expiration dates. Tracks that hit the sweet spot between pop, soul, R&B, jazz and electronica. And tracks that share Tali’s self-assured reflections on the universal conflicts and contradictions of love and life — along with hard-earned lessons about letting go and trusting your gut. “That’s also what the title means to me,” she elaborates. “It’s about leaving the past in the shadows and going with the flow. It took me a long time to learn that. I used to obsess over things.”

Case in point: The cigar-puffer who inspired the opening cut “(Don’t) Wanna Be Yours.”

A can’t-live-with-him, can’t-live-without-him romantic conundrum, it sets a torchy vocal atop a stark, haunting post-modern electro-waltz. “There was this one particular moment when he pissed me off,” she shares. “He lit up a chocolate-flavoured cigar when I’d asked him if he would not smoke around me, and he still did.

“I wrote this song about all the things he did that bothered me, and all the ways he’d get on my nerves in our short-lived romance.

“But even so, I was still very much interested in him,” Tali admits. “It was so contradictory.”

While Shadows documents her emotional growth, Tali’s artistic journey began decades earlier. It’s been a colourful and eventful trip. While still in elementary school, her mother introduced her to the artists that still infatuate and influence her — immortals like Tina Turner, Whitney Houston, Mariah Carey, Roberta Flack, Chaka Khan, and her primary influence: Leonard Cohen. “I still own every single LP of his, every single book of his,” she says. “His words are always so deep. He has a lot to do with how serious I am.”

A sympathetic teacher — also named Cohen and hailing from Quebec — let the precocious singer turn her classmates into her first audience. On her 14th birthday, armed with her erstwhile DJ brother’s humble midi keyboard, the budding poet put her words to music, penning her first song to support a troubled friend. Soon she was a full-blown DIY whirlwind, writing and producing songs in her makeshift home studio and posting them on Soundcloud. One caught the attention of production duo Hippie Sabotage, whose unofficial remix of the track garnered more than 20 million online spins.

That’s when the floodgates — and her world — opened. “A lot of people reached out to me. Labels and industry people wanted to hear my songs and what I was doing.” At 19, she found herself in Minneapolis, recording with Prince’s drummer under the gaze of Nate Vernon, brother of Bon Iver leader Justin Vernon. (“No big deal,” she downplays jokingly.) She was courted by a major label in the U.K., where she wrote two of Shadows’ cuts while soaking up songwriting skills and secrets.

But when it comes to songwriting trips, you can’t beat the one that birthed “(Don’t) Wanna Be Yours”: “That was written in the middle of the jungle in Nicaragua in a hut, with monkeys climbing trees outside and a gorgeous ocean view,” she laughs. “Pretty random, I know. But pretty amazing.”

And there’s plenty more where they came from. The prolific night owl — “I have a million notebooks with poetry and lyrics and words that strike a chord with me” — has amassed a backlog of killer tunes being readied for digital release. Someday, she plans to add live shows back into the artistic mix. But no matter what happens and when, you can rest assured Tali will continue to trust her gut and go with the flow. “It’s really important to me on my journey not to be like anyone else. Everyone’s path is unique. That’s something I wish I had known years ago. But I know it now.”

And not a moment too soon.

“(Don’t) Wanna Be Yours” is available now.

Shadows is available this Fall.