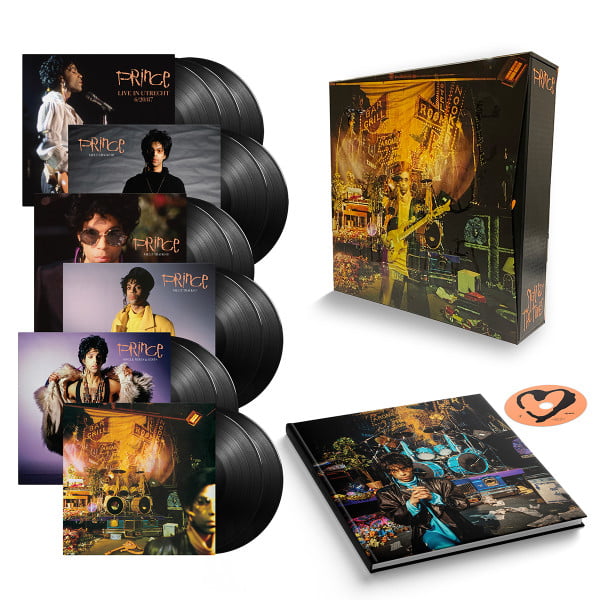 The Prince Estate in partnership with Warner Records, releases “Cosmic Day,” a previously unheard recording from Prince’s legendary vault that will be featured on the expanded reissue of Prince’s iconic Sign O’ The Times out September 25.

“Cosmic Day” was recorded at Sunset Sound, Studio 3 on November 15, 1986, by engineers Susan Rogers and Coke Johnson. It is possibly the most revered recording in the Super Deluxe collection. While the song had floated among ardent collectors as a small snippet, the full version reveals Prince at his most psychedelic. From the race car ignition sounding intro to the screaming guitar finale, Prince sings about Mermen in the sky and flying in the deep sea.

Inhabiting his “Camille” vocal throughout, Prince blends synth and real drums, guitars and several keyboard parts which add to the ethereal surrealism of the song.

Although “Cosmic Day” didn’t appear on any of the original configurations for Crystal Ball or Sign O’ The Times, elements from the song were later used by Prince in 1988 during the Lovesexy tour intermission.

The new Sign O’ The Times expanded reissue will be available this fall via all physical, digital and streaming partners, with the classic album remastered for the very first time. The Super Deluxe edition features 63 previously unreleased tracks, as well as a previously unreleased 2+ hour video concert performance from the vault. Visit the Official Prince Store to purchase Sign O’ The Times remastered and expanded editions (standalone album through Super Deluxe configurations), alongside exclusive merchandise and apparel.