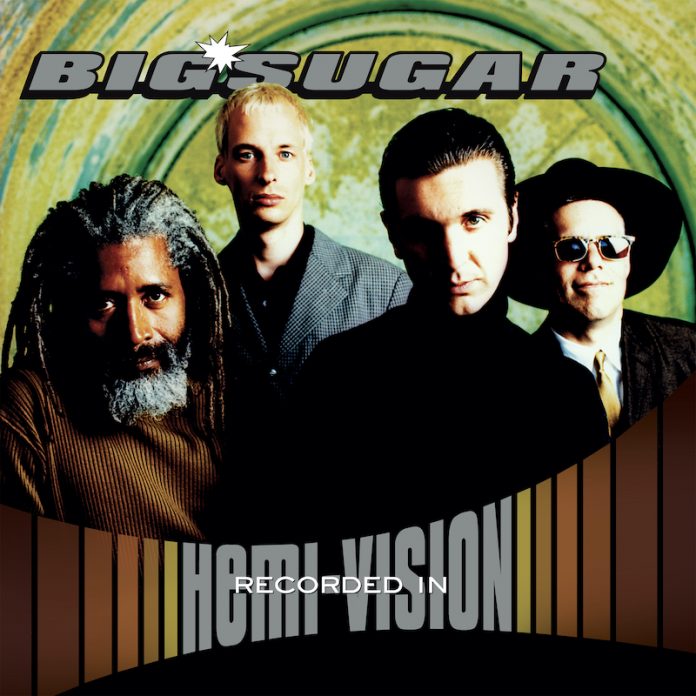 Big Sugar is set to issue a special 25th edition of their platinum-selling Hemi-Vision featuring hit singles, newly-released lost takes, acoustic versions and dub remixes on September 25, 2020, via Universal Music Canada. Featuring six previously un-released bonus tracks, rare photos and memorabilia from the band’s archives, as well as extensive liner notes by Gordie Johnson who shares the story of the tragic and tumultuous events leading up to the original release, Hemi-Vision Deluxe Edition is available on 180-gram vinyl (in bright green and orange), CD and digital/streaming services.

“Hemi-Vision was full of heartaches, punch-ups, even the death of a band mate and all of that energy is palpable on the record,” shares Johnson. “We found some long-lost outtakes and early versions of songs that really show the evolution of our musical recipe at that time.”

Take a trip down memory lane with 12-pages of liner notes written by Gordie Johnson and a foreword by Rush’s Alex Lifeson. From the band’s early days of Gordie, Garry Lowe and Kelly Hoppe trying to regain footing after the sudden death of their drummer Walter “Crash” Morgan while on tour, to a chance encounter with Lifeson and a generous gift that forever changed the course of Big Sugar, step back in time and join the journey of how this roots/rock/reggae crew came to be one of Canada’s most iconic touring bands.

Additional information can be found on the band’s social channels and website https://bigsugar.com/. In the past few months while at home and unable to tour due to Covid-19, Gordie has been playing weekly YouTube live ‘Soundshack Sessions’ every Friday afternoon. Tune-in here to catch them all.

In the 90s Big Sugar emerged clad in Hugo Boss suits as the antithesis to the grunge esthetic with a unique combination of Jamaican rhythms, blues tonality and heavy rock aggression. They dominated the airwaves and highways with songs like “Diggin A Hole,” “The Scene,” “Turn The Lights On” and “Roads Ahead.” Their roots-rock-reggae style has built a loyal following, earning Big Sugar a Road Gold Award as they continue to sell out concerts across North America. Gordie Johnson’s guitar playing continues to influence a new generation of young guitarists as well as peers. To quote lyrics from the first single off the upcoming new album Eternity Now, “The better it gets, the easier it gets to get better.”