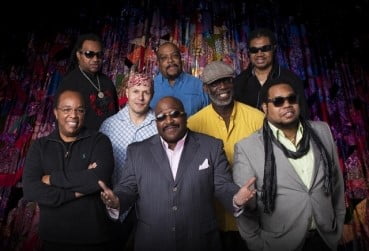 Featuring the same signature velvet-funk tones that have made them Canada’s most celebrated soul act for 40 years and running, Crack of Dawn refresh and reimagine a song written years ago by lead singer Michael Dunston and Dennis Nieves.

“It’s about lovers needing time to find themselves again after a tumultuous breakup,” the band says about the track. “Fast forward to 2020, and things happened in Michael’s life where the meaning of the lyrics really hit home; his wife was battling a few serious medical issues.”

Crack of Dawn were the first black band to be signed to a major label, CBS, after being discovered by Otis Redding’s producer. Their most recent album, Spotlight, features a breathtaking combination of grindingly feel funk a la “Booby Ruby,” guitar and horn-led sunshine soul thanks to the eponymous “Crack of Dawn,” the wah-wah drenched glory of “Somebody’s Watching You,” and their hugely popular and Internationally critically acclaimed single, “Ol’ Skool.”