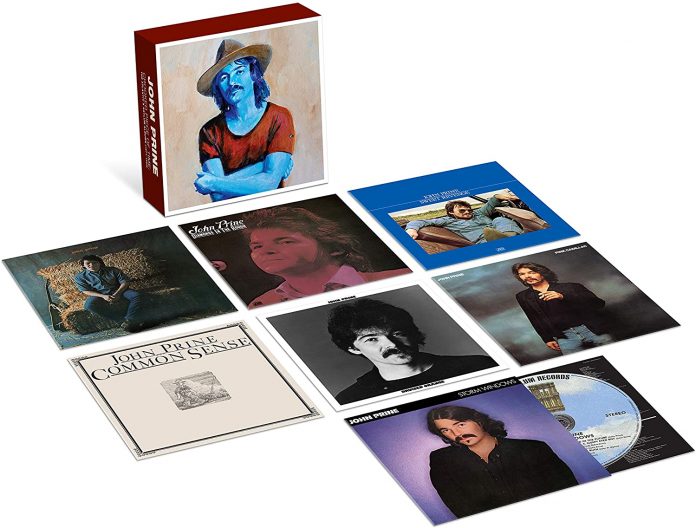 John Prine, who passed away in April, was one of the most celebrated singer/songwriters of his generation and recipient of the 2020 Grammy Lifetime Achievement Award. Considered a true folk-singer, Prine was known for his raspy voice and equally admired for his unique songwriting ability. His career spanned over five decades, during which he created witty and sincere country-folk music that drew from his Midwestern American roots and incorporated sounds from rockabilly, R&B and rock ‘n’ roll.

Rhino remembers the man that Rolling Stone once called “The Mark Twain of American songwriting” with a newly remastered seven-CD boxed set that includes the first seven studio albums of his career, recorded with Atlantic Records and Asylum Records. CROOKED PIECE OF TIME: THE ATLANTIC & ASYLUM ALBUMS (1971-1980) will be available as a limited edition on October 23.

CROOKED PIECE OF TIME – which takes its name from a song on Bruised Orange – represents an essential and timeless American songbook and includes tracks that have become modern-day folk and country standards like: “Hello In There,” “Sam Stone,” “Illegal Smile,” “Angel From Montgomery,” “Paradise” and “That’s The Way The World Goes Round.” The expansive collection also contains favorites like: “Far From Me,” “Dear Abby,” “Christmas In Prison,” “Fish and Whistle” and “Automobile.”

Diamonds In The Rough