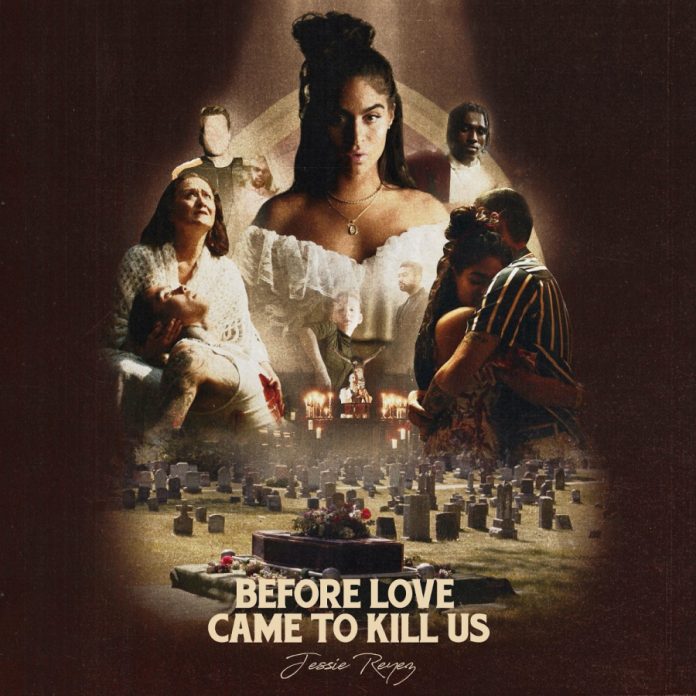 Following the success of her debut album, Before Love Came To Kill Us, Grammy-nominated Colombian-Canadian singer-songwriter Jessie Reyez surprises fans with the 17-track Before Love Came To Kill Us+ album including two fresh takes “Sugar At Night” and “No One’s In The Room” out September 25. The original which rose to critical acclaim upon release in March is told from a fiery point of view, romanticizing love and contextualizing heartbreak and relationships from Reyez’s lens and uncanny storytelling ability.

Before Love Came To Kill Us+ is accompanied by the Emma Higgins directed visual for “No One’s In The Room,” a powerful offering about individuality and authenticity. Challenging the confines of self-identity, Reyez pleads over echoing bars: “Who am I when no one’s in the room?,” a notion reflected in the eyes of those who change who they are when people are not around. With symbolism of purity and strength throughout, the record empowers listeners to explore their deepest fears surrounding identity.

To note an incredible year, Reyez became the first artist to perform atop Toronto’s CN Tower during the NBA Playoffs, made an impressive cameo in Beyoncé’s Black is King visual album, and performed the title track “Kill Us” on The Tonight Show Starring Jimmy Fallon!. With both peer accolades and critical acclaim, Reyez’s debut album was praised by The New York Times, Variety, Pitchfork, Vibe, Time, etc. With over 350M global streams upon release the debut resulted in a nomination for the 2020 Polaris Music Prizefor best Canadian album, earning the title of Top Female Debut Album, Top R&B album of 2020, and charting in the Top 5 on Billboard’s R&B album chart where it has remained since release. The debut was then followed by a support run on global superstar Billie Eilish’s U.S. stadium tour which was abruptly stopped due to the Covid-19 pandemic and is slated to be rescheduled at a later date. Shortly thereafter, Eilish introduced Reyez before she performed her hit single “Crazy” on Jimmy Kimmel Live!. The performance was then followed by a duet performance of her RIAA certified-platinum reimagined hit “Imported” with 6LACK on The Late Show with Stephen Colbert.

BEFORE LOVE CAME TO KILL US+ TRACKLIST: