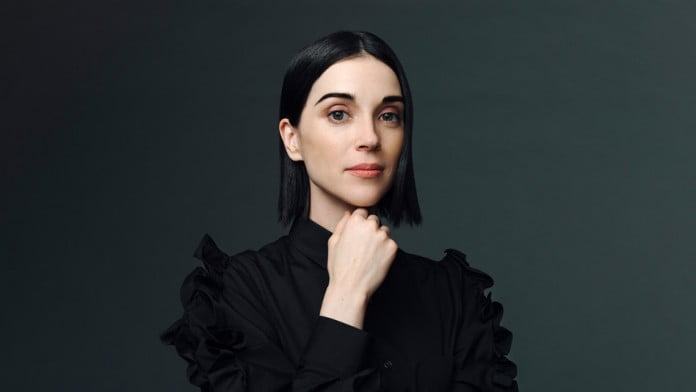 MasterClass, the streaming platform where anyone can learn from the world’s best across a wide range of subjects, today announced that multiple Grammy Award–winning guitarist, singer, songwriter and director, Annie Clark, known professionally as St. Vincent, will teach a class on creativity and songwriting. Taking members behind the curtain of her public persona, Clark gives an intimate look into her artistic development, from how to effectively generate ideas to how to pursue a project to completion. Clark’s class is now available exclusively on MasterClass, where subscribers get unlimited access to all 90+ instructors with an annual membership.

Annie Clark debuted her musical persona, St. Vincent, in 2007 with her debut album, Marry Me. Having previously performed with the symphonic pop band The Polyphonic Spree and Grammy and Academy Award – nominated artist Sufjan Stevens, Clark’s first foray into solo songwriting would lay the foundation for what would become a series of modern music’s most distinctive and exciting artistic identities. Fusing elements of indie, rock, electronic and jazz, subsequent St. Vincent albums Actor and Strange Mercy expanded on a sound that defied genre and convention, marrying esoteric guitar heroics with deeply personal and poetic songwriting. In 2014, the eponymous St. Vincent made her the first solo female artist in 20 years to win the Grammy for Best Alternative Album; three years later, she took home two more Grammys for Best Recording Package and Best Rock Song for the title track of her 2017 album, MASSEDUCTION.

“All you need are ears and ideas and you can make anything happen,” said Annie Clark. “In my MasterClass, I will share with you performance tips, songwriting tips, studio tips and give an inside look into my creative process so you can use your own creativity to move the needle in a more empathetic direction for the world.”

Clark’s MasterClass will give members an intimate look into her artistic development, diving into her end-to-end creative process and detailing the evolution that led to finding her voice as St. Vincent. Beginners and non-musicians will enjoy the demystification of popular music as Clark takes members into the studio and gives an inside look at how the songs they love came to be. From breaking down the songwriting process from inception to execution and examining the personal journeys associated with being an artist, Clark highlights the importance of the individual in the creative process. For more advanced songwriters, producers and performers, she provides tips on how to turn creative ideas into finished products, from building a basic home studio to honing their guitar skills and tips for delivering a live performance. Clark gives a never-before-heard breakdown of the song “Savior” that she started creating at 16 years old and evolved over time. She also opens up about embracing fear and shame, sharing personal stories and insights. Members will come away feeling inspired to be more empathetic and curious artists and ready to create interesting work that is unique to themselves.