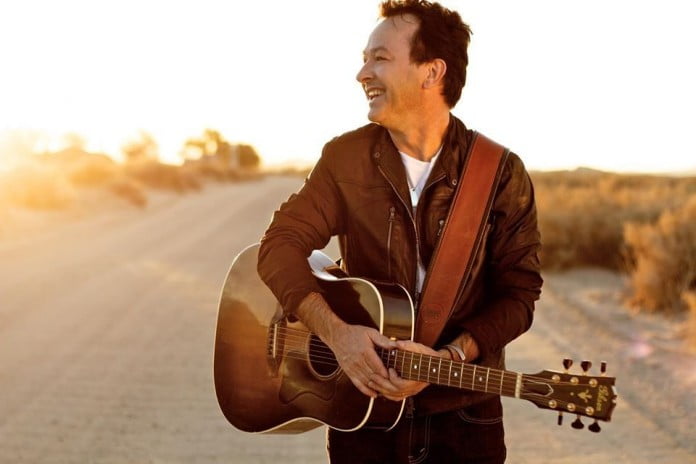 The Canadian Songwriters Hall of Fame (CSHF) is pleased to add one of Canada’s most enduring Celtic ballads of all time to its permanent home in the National Music Centre. The soulful Fare Thee Well Love, written by Jimmy Rankin was a career-launching hit for The Rankin Family, the multi-platinum Celtic-folk-pop band from Cape Breton, Nova Scotia who led pop music’s “Celtic wave” of the 1990s. Singer-songwriter, Jimmy Rankin will accept the song induction honour during a virtual presentation from the Canadian Songwriters Hall of Fame on Friday, September 4, airing nationally on Global’s The Morning Show beginning at 9:00 a.m. EST/ 10 a.m. ADT.

About his song induction, Jimmy Rankin says “I am deeply honoured and humbled to be included in the company of so many incredible songs and writers. Life is good. Much gratitude to The Rankins, my family, fans, the late Deane Cameron, Peter Diemer, Chad Irschick and the countless musicians and professionals who were an integral part of the journey.” He adds, “When I wrote Fare Thee Well Love in August 1990, I was 26 and sitting on the porch of a rented apartment in Halifax – an unsigned singer songwriter, indebted college grad and yet full of hope, spit and vinegar. I never dreamed that the song would become a #1 radio crossover hit on a multi-platinum album, let alone be inducted into the Canadian Songwriters’ Hall of Fame.”

Fare Thee Well Love, which was voted CBC listeners’ No. 1 East Coast Song of All Time, was the final cut recorded for the Rankin family’s 1990 indie album of the same name. Jimmy had originally written the song as a solo, but quickly rewrote the lyrics as a duet for himself and his sister Cookie, which they sang live in front of a single microphone. Supporting their lead vocals were brother John Morris on piano and sisters Heather and Raylene on backing vocals. So impressive was the result that the song became the album’s title track that went gold before the end of 1992, crossed over to No. 1 on both RPM’s Canadian country and adult contemporary album charts; and by 1996 it reached quintuple platinum sales.

About his first big hit as a songwriter, Jimmy Rankin remembered, “For me personally, that’s the most special song on that record. At the time it really opened a lot of doors for the band because we were on commercial pop radio across the country.”

The family distributed the finished cassette locally in a grass-roots effort that morphed into regional success. The Sam the Record Man store in Halifax stocked it, and their music was picked up by CBC and college radio. As Jimmy Rankin told CBC Radio’s Classic Wax, “It happened very quickly; it caught on like wildfire. There was something happening in the air in Canadian music, a resurgence of roots music…we just happened to be in the right place at the right time.”

The Rankin Family sold 100,000 units as indie artists prior to signing with Capitol Records EMI Canada which re-released the album in 1992, choosing Fare Thee Well Love as a single for the radio market. Both the album and the single exploded onto Canada’s music scene mid-year, becoming cross-over hits on the country singles and country albums charts, as well as the adult contemporary singles, top singles, and top albums charts.

With their success, The Rankin Family became a cornerstone of the East Coast music industry and helped pave the way for future generations of Atlantic Canadian musicians. Over his 30-year strong career, Jimmy has collaborated and recorded with such artists as John Prine, Keith Urban, The Chieftains and Alison Krauss.

To-date, the song has appeared on the group’s greatest hits album, “The Rankin Family Collection” (1996), and the was re-recorded for 2009’s “These Are The Moments.” Fare Thee Well Love has been covered by Ireland’s The Celtic Tenors and by countless international choirs; featured on the soundtrack of the Disney film “Into The West;” and was performed by The Rankins during the 2015 regimental funeral of RCMP Constable David Wynn. Says Rankin “I marvel at how the song has taken on a life of its own through the years.”