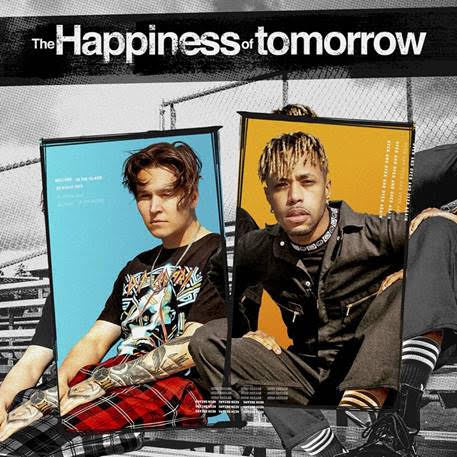 Halifax alt-pop duo Neon Dreams have released their sophomore album The Happiness of Tomorrow, available today. Frank Kadillac and Adrian Morris embarked on a 12-date run that started last night in Halifax, making them one of the only bands touring in North America for the remainder of 2020. Neon Dreams are taking advantage of the COVID-safe Atlantic Bubble that enables them to perform for fans in person at selected venues.

Sometimes the most terrible situations can have positive outcomes. For Neon Dreams, COVID-19 shutting down the world was the catalyst for their sophomore album, The Happiness of Tomorrow. Though Frank Kadillac and Adrian Morris had dozens of songs written pre-pandemic, the title track was conceived in quarantine and became the spark for the rest of the project.

“This album wouldn’t have happened if we didn’t go into quarantine,” Kadillac admits. “I wouldn’t have had time to watch the movies or think about the thoughts that influenced it. I’m not happy all this happened, but I’m happy I had the time to think about my life and where I come from.”

After writing The Happiness of Tomorrow, the rest of the album fell into place. Neon Dreams polished the six tracks that would accompany it and organized them like a coming of age movie soundtrack. Aside from the album, the alt-pop duo is releasing a series of videos—“House Party,” “Don’t Go Hating Me Now,” “All The People,” and “I’m With You”—that tell a cohesive story.

Kadillac and drummer Adrian Morris have been making music together under Neon Dreams since 2015, but it wasn’t until last year that Kadillac realized his true purpose. After pushing himself too far and experiencing insomnia for the first time in his life, the singer wanted to get help—but not from a doctor. He had dabbled in meditation in the past and decided to attend the Sedona Meditation Center Mother Earth Retreat. There, he detoxed from life and recalled horrifying memories he had previously blocked out.

After writing from a place of sadness for so long, Kadillac felt moved to invoke positivity with his music. Though the band had already garnered a gold single in “Marching Bands,” accumulated tens of millions of streams, and won numerous Canadian awards—including a coveted JUNO for Breakthrough Group of the Year —the singer-songwriter wanted to reinvent their sound. He promptly deleted a full album’s worth of songs and started Neon Dreams anew.

In 2019, the duo released Sweet Dream till Sunbeams—an album comprising nine uplifting songs about not fitting in and overcoming adversity—and have continued to drop new material this year, covering subjects from Kadillac’s painful youth to his mother beating cancer. Though they consider themselves to be “alt-pop,” Neon Dreams’ music can’t be pigeonholed. Kadillac likes to describe their sound as “if Adam Levine and Gym Class Heroes made a band that was influenced by early 2000s, late ‘90s inspirational coming of age movie soundtracks.”