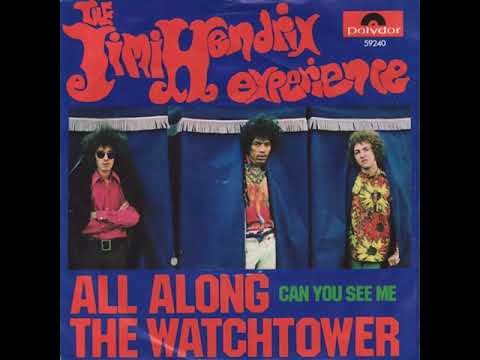 The Jimi Hendrix Experience began to record their version of Dylan’s “All Along the Watchtower” on January 21, 1968, at Olympic Studios in London. According to engineer Andy Johns, Jimi Hendrix had been given a tape of Dylan’s recording by publicist Michael Goldstein, who worked for Dylan’s manager Albert Grossman. “(Hendrix) came in with these Dylan tapes and we all heard them for the first time in the studio”, recalled Johns.