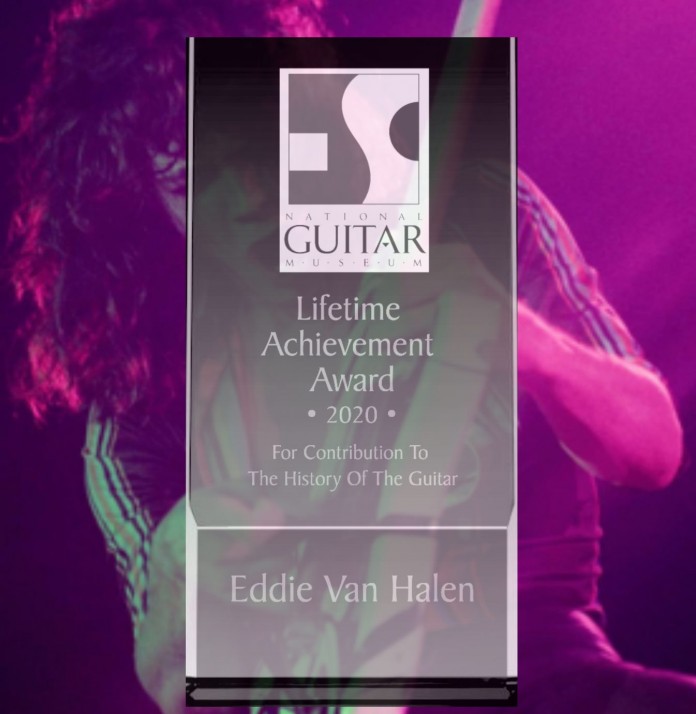 Every year for more than a decade, The National GUITAR Museum has given their “Lifetime Achievement Award” to a living guitarist who has contributed to the legacy of the guitar. The guidelines are straightforward: the person must have been a performing or recording artist whose talents had an effect on guitar playing—and whose career inspired and influenced other guitar players.

This year, the year of the pandemic, has given them reason to make an exception to their annual presentation.

For 2020, they are recognizing Eddie Van Halen as the recipient of their Lifetime Achievement Award. It is being awarded, for the first time, in memoriam.