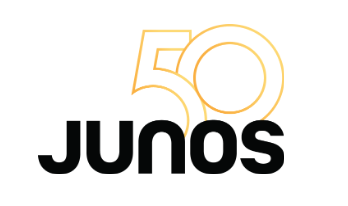 The Canadian Academy of Recording Arts and Sciences (CARAS) announced that The JUNO Awards, returning to Toronto for the 50th anniversary, will move to May 2021. Originally scheduled for March, the 50th annual JUNO Awards will now broadcast nationwide on Sunday, May 16, 2021 on CBC TV, CBC Gem, CBC Radio One, CBC Music and globally on CBCMusic.ca/junos.

CARAS also unveiled three stunning new JUNO Award statuettes inspired by the late Shirley Elford’s individually crafted trophies, that were awarded between 2000-2010. To commemorate its 50th anniversary next year, a gold version will be awarded to JUNO Award winners, a silver version for Special Award recipients and a gold and silver version for Canadian Music Hall of Fame inductees.

To help celebrate the JUNO Awards 50th anniversary, MusiCounts, Canada’s music education charity, will be awarding $1.5 million dollars worth of instruments and equipment to schools and community organizations across Canada through the MusiCounts Band Aid Program and TD Community Music Program. Teachers in search of support for a school music program are encouraged to apply, before December 11, 2020, to musicounts.ca.  Applications for the TD Community Music Program will open this spring.

The origins of the JUNO Awards date back to 1970. In that year, Walt Grealis and Stan Klees, publishers of the weekly trade publication, RPM, organized the Gold Leaf Awards, held at the St. Lawrence Hall in Toronto. A year later, the name of the award was changed to honour Pierre Juneau, the first head of the CRTC and responsible for the implementation of the Canadian Content Regulations in 1971.

The 50th annual JUNO Awards will celebrate 50 years in Canadian music, broadcast, on May 16, 2021, on CBC TV, CBC Radio One, CBC Music, the free CBC Gem streaming service in Canada and globally at www.cbcmusic.ca/junos.