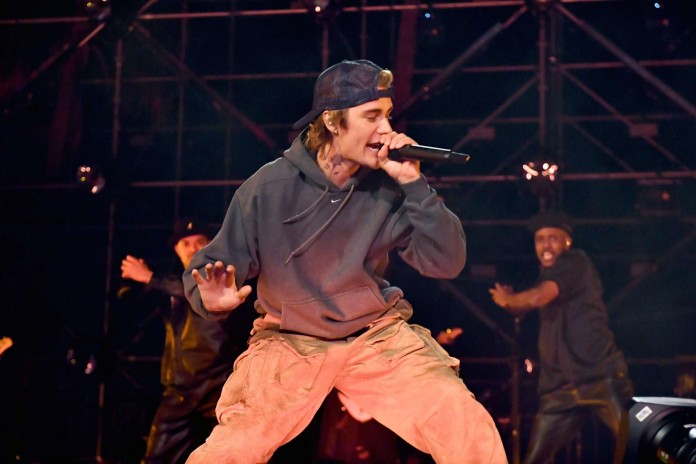 Last night, Justin Bieber triumphantly returned to the live stage for the first time in almost four years in a livestreamed NYE concert presented by T-Mobile, and in the process created a frenzied fan response that threatened to “break the internet!”

In front of a massive light array, on the rooftop of the iconic Beverly Hilton hotel, Bieber seamlessly ran through a setlist of his hits, including “What Do You Mean,” “Sorry,” “Baby,” “Love Yourself,” “Holy,” “Where Are U Now,” “Intentions,” and the first ever live rendition of his brand new single “Anyone,” which was released simultaneously on streaming platforms worldwide. Watch the video for “Anyone” HERE.

T-Mobile used its 5G network to launch a swarm of drones during the performance and lit up the sky magenta with a special midnight countdown afterwards. Over 1.2 million T-Mobile customers saved the offer for access to the livestream, making it one of the most successful T-Mobile Tuesdays entertainment offers to date!

For fans who did not catch the initial NYE broadcast, there are three additional re-airings scheduled for Friday, January 1 at 5am EST/7pm JST/9pm AEDT, 3pm EST/8pm GMT/9pm CET and 10pm EST/7pm PST.