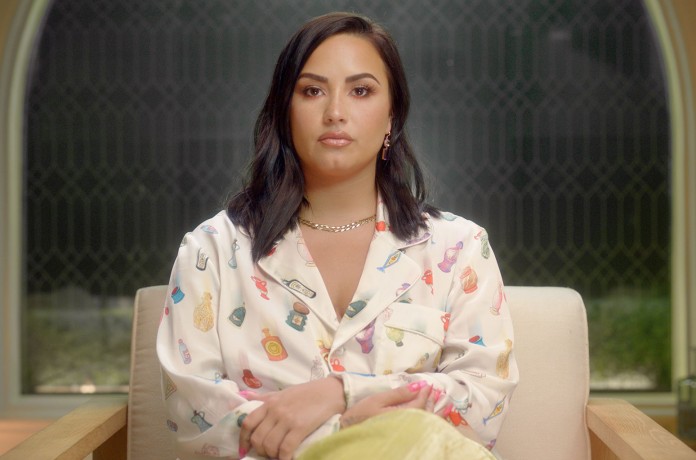 YouTube Originals today announced the first details for “Demi Lovato: Dancing with the Devil,” a powerful four-part documentary event from Director Michael D. Ratner. The first two episodes of the docuseries will premiere for free Tuesday, March 23rd only on Demi Lovato’s YouTube Channel, with new episodes to be released weekly on each of the next two Tuesdays.

“It’s been two years since I came face-to-face with the darkest point in my life, and now I’m ready to share my story with the world. For the first time, you’ll be able to see my chronicle of struggle and ongoing healing from my point of view. I’m grateful that I was able to take this journey to face my past head-on and finally share it with the world,” said Demi Lovato.

“We are excited to continue sharing Demi’s brave story,” said Susanne Daniels, Global Head of Original Content, YouTube. “YouTube Originals is committed to telling real stories about the complexities of life and for Demi to use our global platform to open up about this chapter is something we are very proud of.”

“Demi Lovato: Dancing with the Devil” is an honest look back at some of the most trying times in Lovato’s life as she unearths her prior traumas and discovers the importance of her physical, emotional, and mental health. For the first time, Lovato will open up about every aspect that led to her nearly fatal overdose in 2018, and her awakenings in the aftermath as viewers are granted unprecedented access to the superstar’s personal and musical journey over the past three years, including footage from when the initial production for this project began during Lovato’s 2018 Tell Me You Love Me World Tour. The docuseries is a follow up to her wildly popular 2017 YouTube Originals documentary “Simply Complicated,” which now has more than 35M views on YouTube.

“Demi Lovato: Dancing with the Devil” continues YouTube’s commitment to bringing timely content to fans around the world including recent hits such as “Justin Bieber: Next Chapter,” a follow up to the record-breaking series, “Justin Bieber: Seasons”; “Hello 2021,” a five-part global New Year’s Eve celebration; “David Blaine Ascension,” which redefined magic once again when the world needed an uplifting distraction; “This Is Paris,” a documentary exploring the events that shaped the woman and iconic character she created; “Defying Gravity: The Untold Story of Women’s Gymnastics,” a documentary series that explores what it takes to be an Elite gymnast; Emmy-winning family series, “Create Together #WithMe,” hosted by Joseph Gordon-Levitt; and two installments of “The Creator Games Presented by MrBeast,” plus a slate of new content through the #YouTubeBlack Voices Fund aimed to amplify Black voices amidst the ongoing racial justice movement: “Bear Witness, Take Action 2” hosted by Common and Keke Palmer; “Resist” from Black Lives Matter co-founder Patrisse Cullors; and “HBCU Homecoming 2020: Meet Me On The Yard” hosted by 2 Chainz and La La Anthony.