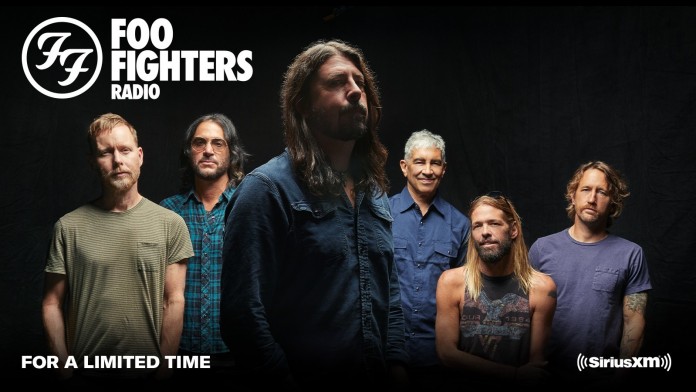 To coincide with the release of the band’s 10th studio album, Medicine At Midnight, Foo Fighters Radio will debut an exclusive performance from the band on February 5, Foo Fighters LIVE from the SiriusXM Garage in Los Angeles. The event will be attended by a live virtual audience of SiriusXM subscribers and hosted by SiriusXM’s Kat Corbett. Additionally, as soon as Medicine At Midnight drops, at the stroke of midnight on February 5, the channel will broadcast the album in its entirety, as a part of a track-by-track album special, hosted by the band.

Beginning February 5 on Pandora, Foo Fighters will take over three stations: Today’s Alternative, Today’s Hard Rock and Foo Fighters radio with a new listening Mode, Backstage with Foo Fighters. Curated and hosted by the band, the Mode will take listeners behind the scenes with new songs from their new album, Medicine At Midnight, other key tracks from the band, and hand-picked favorites. Backstage with Foo Fighters is part of Pandora’s ongoing artist takeover series, giving Pandora listeners access to their favorite artists, their music, and the music that inspires them.

For all information on Foo Fighters Radio visit: siriusxm.com/foofightersradio

“From their inception in mid-90s, to their recent performance at the 2021 Presidential Inauguration celebration, Foo Fighters remain one of America’s biggest rock bands,” said Scott Greenstein. “They have achieved critical acclaim for their music and on-stage energy, all while building a large and loyal audience.  This special extended channel will draw new listeners, and as part of it we are very proud to present a Foo Fighters concert from our L.A. studios next week. They are a rock band that grabs you and won’t let go, and we love to bring their music and passion to our listeners.”

Foo Fighters Radio will feature the band sharing insight into their new album and the stories behind some of their biggest songs, demos, b-sides and rarities throughout their more than two-decade career. The channel will feature exclusive encores of Dave Grohl Presents Sound City, nine radio shows that feature Grohl discussing the music recorded at the iconic Sound City Studios in Los Angeles, including Nirvana’s Nevermind, which served as Grohl’s introduction to the iconic studio in 1991 when he was Nirvana’s drummer.

Foo Fighters Radio will feature a weekly series of live concerts from the band’s vaults, beginning with their 2018 performance from the Concrete and Gold Tour at Etihad Stadium in Manchester, England.  Other artists and celebrities will also be showcased on the channel, as they Guest DJ, spinning their favorite Foo Fighters music. Listeners can also expect to hear music from other artists, hand-picked by the band, on the channel.

SiriusXM subscribers will have the opportunity to (virtually) watch Foo Fighters LIVE from the SiriusXM Garage, that will be promoted via an exclusive e-mail invitation to qualified subscribers who have registered their music interests at siriusxm.com/perks.  For additional chances to win, fans can follow SiriusXM’s social channels.

Foo Fighters Radio begins Wednesday February 3 at 12 p.m. ET and airs through Thursday, April 4 on channel 105 via satellite radios and on the SiriusXM app.

Medicine At Midnight (out February 5th) was produced by Greg Kurstin and Foo Fighters, engineered by Darrell Thorp and mixed by Mark “Spike” Stent, and packs nine new Foo Fighters songs into a tight-ass 37 minutes—including the #1 AAA smash “Shame Shame,” the ear-ringing “No Son of Mine,” and the newly released “Waiting on a War.”

Subscribers are able to listen to Foo Fighters Radio online, on-the-go with the SiriusXM mobile app, and at home on a wide variety of connected devices including smart TVs, devices with Amazon Alexa or the Google Assistant, Apple TV, PlayStation, Roku, Sonos speakers and more. Go to www.siriusxm.com/ways-to-listen to learn more.