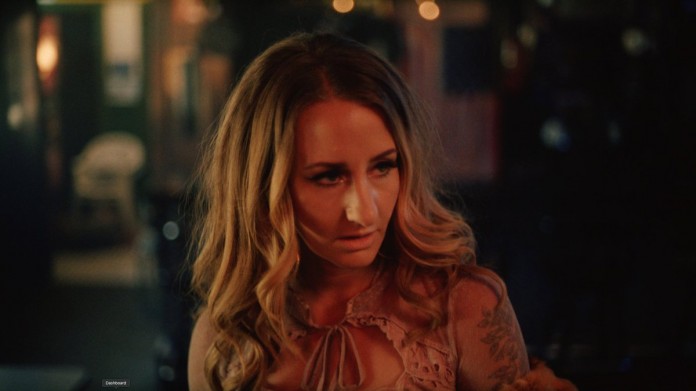 Margo Price releases her official music video for “Hey Child,” the climactic centerpiece of her latest album, That’s How Rumors Get Started (Loma Vista). With a soaring, scorching slow-burn of an arrangement backed by the Nashville Friends Gospel Choir, The New York Times’ T Magazine calls “Hey Child” a standout track that “begs to be played on the open road,” and Esquire hails it “a chest-thumping rallying cry for, as [Price] says, ‘people to get their shit together, in one way or another.'” The new visual delivers a gripping and tenacious depiction of the personal demons that Margo Price has overcome throughout her career, from the jail time she served for substance abuse to the power she has reclaimed from years of tragedy and despair.

“‘Hey Child’ was a song that was written back in 2012 not long after my husband Jeremy and I lost our son Ezra,” says Margo. “We were playing shows with our rock and roll band Buffalo Clover and occupying most of the bars in East Nashville. We had begun hanging with a rowdy group of degenerate musician friends and partying harder than The Rolling Stones. We were outsiders to what was going on with mainstream Nashville in every sense and it was the beginning of my bourbon drinking phase. The song was about how many of our talented friends were drinking and partying their talents away but after a few years had passed, we realized it was just as much about us as our friends. I had retired it when the band broke up but Sturgill Simpson resurrected it when he asked me if I would re-record it for That’s How Rumors Get Started.

“I knew I wanted Kim to direct the video. She and I wanted to show pieces of my past lives and how I have moved on. It was both therapeutic and painful to revisit those memories and who I used to be. I know so many people who struggle with substance abuse. I just lost a family member to alcohol. My second cousin Tammy locked herself into a hotel room and drank herself to death two months ago. In another life, that could have been me. If you know someone struggling with depression and/or addiction, please call the National Suicide Prevention Lifeline at 1-800-273-8255, or SAMHSA’s National Helpline at 1-800-662-4357.”

On May 28th, for the first time since 2019, Margo Price and her band will headline a concert to an audience of in-person attendees. Announced today, the socially-distanced show will take place outdoors at The Caverns Above Ground Amphitheater in Pelham, TN, where all aspects of the event will adhere to strict guidelines that protect the health and safety of everyone involved.

Ahead of The Caverns performance, Price is scheduled to join Chris Stapleton for two shows in April, in addition to an appearance at the socially-distanced Moon Crush Festival. Full tour dates are listed here, and fans can expect to see ferocious sets full of music from That’s How Rumors Get Started. Produced by Sturgill Simpson and co-produced by Margo Price and David Ferguson, the record just underscored another momentous year for Margo Price. She finished 2020 with one of the Top 10 most-played albums and singles on Americana Radio, released her Perfectly Imperfect at The Ryman live album, appeared on Jimmy Kimmel Live!, CBS This Morning, The Daily Show, Full Frontal with Samantha Bee, Amanpour, Good Morning America, MSNBC and much more. She also brought her Runaway Horses radio show to Spotify, where it will now live as an ongoing podcast.