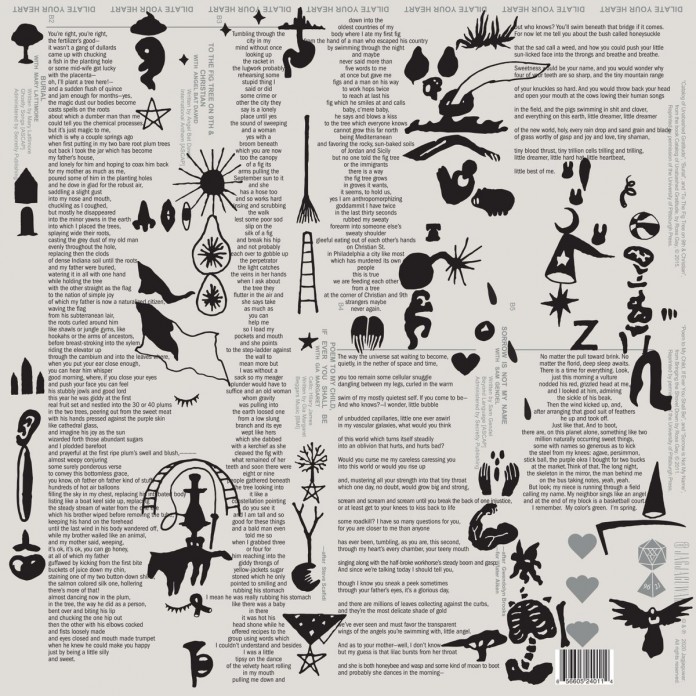 Jagjaguwar officially announces JAG25, a year-long initiative celebrating the label’s 25th Anniversary as home to some of the most mythical artists in music. Centered around a sprawling series called Jag Quarterly, the four-part project will deliver collections of music, creative endeavors and partnerships that span physical mediums, born through brand new collaborations from artists within and outside of the Jagjaguwar family. Arriving with their own actions and energy, each installment of Jag Quarterly will resurrect a different mantra from the label’s past, and imbue it with new meaning: Dilate Your Heart, This is a Mindfulness Drill, Join the Ritual and the original Jagjaguwar mantra, Sentimental Noise.

From 1996 to today, Jagjaguwar has continually championed artists who have reshaped genres, defied canons and bent the tides of popular music. And given that “Jagjaguwar” came from a Dungeons & Dragons character name generator, it is only appropriate that the label is revered for supporting the seemingly superhuman: singers with extraordinary powers, songwriter-conjurers, noise mongers, demon guitar players and hypnotizing poets like Bon Iver, Oneida, Dinosaur Jr., Lonnie Holley, Angel Olsen, Moses Sumney, Jamila Woods, Sharon Van Etten, Unknown Mortal Orchestra, Black Mountain, Okkervil River, Richard Youngs and beyond. To mark its 25-year milestone, Jagjaguwar will show how their story is not about individuals or specific releases in its catalog, but rather the ensuing worlds that are built through sharing and collaborating, creating art and community, growing towards the future together.

Each track on Dilate Your Heart is a conversation between artists, and today the opening piece – “Catalog of Unabashed Gratitude” – launches JAG25 with music from Bon Iver, words from Ross Gay, and a message of thanks from everyone involved.

Dilate Your Heart is available to pre-order here, and new merchandise commemorating JAG25 is available here. More offerings, activations and events for Dilate Your Heartand JAG25 will be announced soon, and additional artists confirmed to participate in the upcoming Jag Quarterly releases include Lonnie Holley, Moses Sumney, Perfume Genius, Sharon Van Etten and The Hypnotic Brass Ensemble, among many others.

Dilate Your Heart means to make room, to let more in: new faces, concepts, fears and gratitude. It means welcoming the endless expansion of one’s community, and since Secretly Co-CEO Darius Van Arman founded Jagjaguwar as a sixth-year college senior – using as seed capital his overtime pay from when he was snowed in for consecutive days at the assisted-living home he worked at in Virginia – the ethos of world-building has brought the label to gold and platinum sales, GRAMMY nominations for Album, Song and Record Of The Year, and multiple A2IM Libera Awards for Label Of The Year.