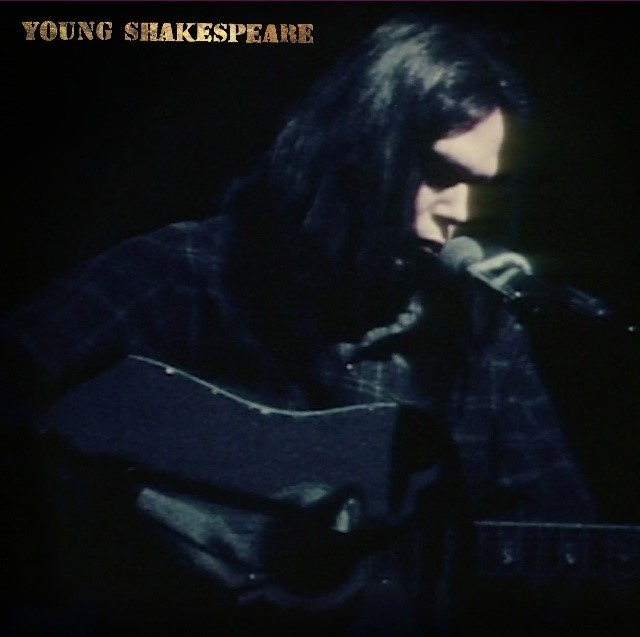 Available for pre-order today and out on March 26, 2021, Young Shakespeare features early recordings of “Old Man,” “The Needle and the Damage Done,” “A Man Needs a Maid,” and “Heart Of Gold” which were then over a year away from being released on Young’s classic 1972 record Harvest. Available for pre-order now, the album will be available on vinyl, CD via The Greedy Hand Store at Neil Young Archives (NYA) and music retailers everywhere. A stand-alone DVD of the concert will be available exclusively through The Greedy Hand Store at NYA.

A Deluxe Box Set Edition is also available and will include vinyl, CD, and the DVD and will be available through the NYA Greedy Hand Store and all retailers. Those who purchase the CD, LP or Box set from the NYA Greedy Hand Store will also receive free hi-res digital audio downloads from the Xstream Store at NYA. Order today and receive an instant download of “Tell Me Why.” Click here to view & share the video and here for the album trailer. Additional Instant Download tracks will follow prior to release date.

Just two months after the release of Young’s seminal After the Gold Rush, he sat down for a performance at The Shakespeare Theater on January 22, 1971. The concert was recorded for presentation on German TV later that year but was not publicly available until now. The original 50 year-old analog tapes have been lovingly restored, making available early acoustic recordings of two After the Gold Rush songs, early Harvest tunes, and beloved favorites such as “Ohio,” “Cowgirl in the Sand,” “Helpless,” “Down by the River,” and “Sugar Mountain.”

NYA is the first totally immersive fan-experience website and remains the only portal for all things Neil Young. Only at NYA can you find Young’s music in the highest possible digital audio resolution alongside a seemingly infinite store of archival files. It’s also the home of Young’s virtual daily newspaper, The Times Contrarian, and The Hearse Theater, home to rare footage and live-streamed shows. NYA is a fittingly sprawling repository for Young; few artists—perhaps none—have explored such a vast spectrum of sounds and styles. Young Shakespeare is a raw reminder of his roots.