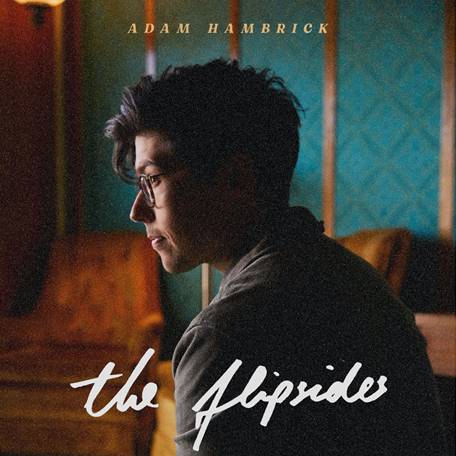 Capitol Records Nashville/Buena Vista Records/Universal Music Canada’s Adam Hambrick released his major label debut EP titled, The Flipsides, today. The EP is comprised of six “soulful, pop-country tracks” (The Arkansas Democrat-Gazette) in which Hambrick masterfully shares his life’s stories through his songs. Hambrick effortlessly blends an array of musical styles in his new EP, combining his distinct vocals with his talent for songwriting, stamping his fingerprint on the music from start to finish.

“The Flipsides EP is the blueprint of how I approach country music,” says Hambrick of his new project. “It’s real instruments and colorful songwriting put together in a modern way. After 2020 sidelined most of our plans, it now feels really good to get this project out to my fans, who have been so patient. Now we have something to build on for the future.”

The EP includes the “minor, almost angst-filled feel” (American Songwriter) of “Sunshine State Of Mind” to the sly and sexy “The Longer I Lay Here” which rising country artist Jillian Jacqueline lends her vocals. The reflective “Kill A Man” and the ethereal “When It All Sinks In” are immediately gratifying, but in keeping with his musical mission, their biggest reward is their long-term value, the payoff from exploring the layers of sound and pockets of meaning that are key to understanding Hambrick. The multiple styles that feed his brand of country are authentic, but so is his commitment to songs that stand the test of time.

Adam grew up in both Mississippi and Arkansas, being influenced by artists such as Alan Jackson, Garth Brooks, John Mayer and The Foo Fighters. From an early age, Adam’s musical roots were grounded in the church singing hymns with his family, where his dad was a Baptist pastor and his mom played piano. After graduating from the University of Central Arkansas, the singer-songwriter made an appearance on KATV’s Good Morning Arkansas, a local Little Rock, Arkansas ABC affiliate, where fellow Arkansas-native and country star Justin Moore happened to be watching and was impressed by Adam’s unique voice and distinctive songs. Soon after, Justin’s producer Jeremy Stover reached out opening the door for Adam to move to Nashville and pursue music full-time. Adam has written a multitude of songs and has received numerous cuts for other artists including Miranda Lambert and Eli Young Band, as well as, No. 1 hits for Dan + Shay (“How Not To”) and Justin Moore (“Somebody Else Will”). Adam has continued to hone his songwriting and vocal skills, while performing live with artists including Brett Young, Jordan Davis, LANCO, and more. Adam released his first two singles “Rockin’ All Night Long” and “Forever Ain’t Long Enough.”