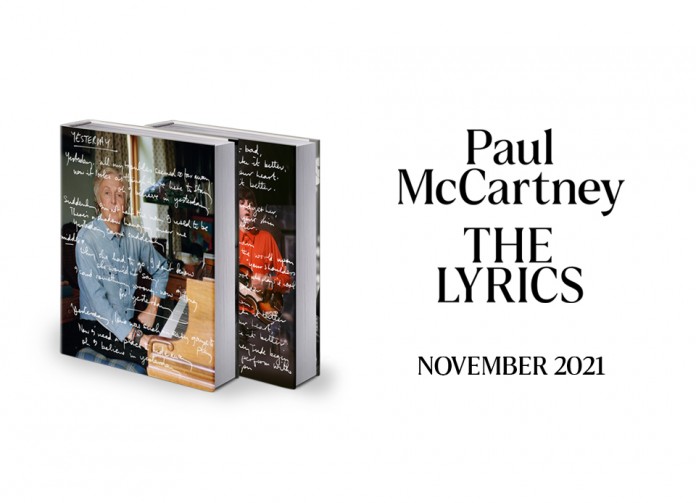 More often than I can count, I’ve been asked if I would write an autobiography, but the time has never been right. The one thing I’ve always managed to do, whether at home or on the road, is to write new songs. I know that some people, when they get to a certain age, like to go to a diary to recall day-to-day events from the past, but I have no such notebooks. What I do have are my songs, hundreds of them, which I’ve learned serve much the same purpose. And these songs span my entire life.’ – Paul McCartney, The Lyrics

From his early Liverpool days, through the historic decade of The Beatles, to Wings and his long solo career, The Lyrics – out November 21, 2021 – pairs the definitive texts of 154 Paul McCartney songs with first-person commentaries on his life and music. Spanning two alphabetically arranged volumes, these commentaries reveal how the songs came to be and the people who inspired them: his devoted parents, Mary and Jim; his songwriting partner, John Lennon; his “Golden Earth Girl,” Linda Eastman; his wife, Nancy McCartney; and even Queen Elizabeth, among many others. Here are the origins of “Let It Be,” “Lovely Rita,” “Yesterday,” and “Mull of Kintyre,” as well as McCartney’s literary influences, including Shakespeare, Lewis Carroll, and Alan Durband, his high-school English teacher.

With images from McCartney’s personal archives―handwritten texts, paintings, and photographs, hundreds previously unseen―The Lyrics, spanning sixty-four years, becomes the definitive literary and visual record of one of the greatest songwriters of all time.