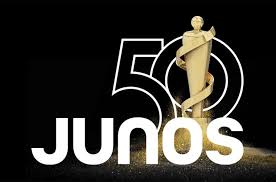 The highly anticipated JUNO Award nominations list signals the country’s best of the best, and this year is no different from the roster of Eric Alper Public Relations. Amongst our clients and extended family of talented Canadian nominees this year, here are those absolutely worth checking out:

Vocal Jazz Album of the Year: Sammy Jackson, With You
Sammy Jackson is an emerging Canadian singer-songwriter recognized for her distinct sound, fusing elements of Jazz, R&B and Pop. Growing up, she regularly found opportunities to perform and develop as a musician, which led her to pursue a Bachelor of Music in Performance specializing in Jazz Voice from the University of Toronto. During her education, she studied with accomplished vocalists including Alex Samaras, Christine Duncan and Sienna Dahlen.

As a rising presence in Toronto and Niagara, Sammy has performed at notable venues and events such as Jazz.FM91’s One-Stop Jazz Safari, The Rex Hotel Jazz and Blues Bar, Luminato, and TIFF Bell Lightbox to name a few. In addition to performing and leading her own band, Sammy has shared the stage with renowned musicians such as Barbra Lica, Robi Botos, Rich Brown, and Larnell Lewis.

Sammy Jackson’s latest project, entitled “With You”, was graciously funded by the Ontario Arts Council and FACTOR. “With You” is a five-track EP featuring original compositions in collaboration with vocalist and songwriter Jacqueline Teh. This project showcases music that is honest and relatable while exploring themes of vulnerability, broken relationships, and love. Sammy’s distinct approach to songwriting captivates a diverse audience through her blend of various elements of Jazz, R&B, and Pop. Additionally, “With You” features some of Canada’s most outstanding musicians, including Thomas Fleming (guitar), Chris Pruden (piano), Mark Godfrey (bass) and Ian Wright (drums).

With UNISON, enriched with creative insights from all his projects, Milne explores the intimacy of the piano trio. The synchronistic relationship Milne has enjoyed with bassist John Hébert since 2010 is matchlessly rounded out with drummer Clarence Penn, who represents complimentary threads within the fabric of Milne’s piano trio philosophy — the intersection of texture and groove. A recipient of numerous awards, Milne has twice received CMA’s New Jazz Works and is a full-time professor at The University of Michigan.

Reggae Recording of the Year, Group: Kirk Diamond, Let It Be Done

“‘Let It Be Done’ was written in light of the political climate and social unrest that has affected so many worldwide, myself included,” Kirk Diamond shares. “That’s directly, indirectly, or psychologically.”

The video was filmed in Uganda, a directive reflective of his creative works influenced by the philosophies of Haile Selassie and Marcus Garvey. “As a student of Garveyism, believing in the unification and empowerment of African-American men, women, and children under the banner of their collective African descent — and the repatriation of African slave descendants and profits to the African continent — I felt it was befitting to take it back to the motherland for the video.

Jazz Album of the Year, Group: Brandi Disterheft Trio with George Coleman, Surfboard
Bassist, singer, composer, Brandi Disterheft, relocated to NYC from Vancouver to begin an apprenticeship of Miles Davis’ bassist, Ron Carter. It’s not only her fiery bass playing that make audiences stand-up and holler, but also her innovative live shows as she sings in both English and French. Winning a JUNO for her “Debut” album, Brandi had the honor of recording with the legendary Hank Jones & Oliver Jones on the album “Pleased to Meet You” and has since performed at some of the world’s most prestigious venues including Carnegie Hall and the Vienna Opera House.

Instrumental Album of the Year: Bruce Cockburn, Crowing Ignites
One of Canada’s finest artists, Bruce Cockburn has enjoyed an illustrious career shaped by politics, spirituality, and musical diversity. His remarkable journey has seen him embrace folk, jazz, rock, and worldbeat styles while travelling to such far-flung places as Guatemala, Mali, Mozambique, and Nepal, and writing memorable songs about his ever-expanding world of wonders.

For his many achievements, the Ottawa-born artist has been honoured with 13 JUNO Awards, an induction into both the Canadian Music Hall of Fame and the Canadian Songwriters Hall of Fame, as well as the Governor General’s Performing Arts Award, and has been made an Officer of the Order of Canada.

His commitment to growth has made Bruce Cockburn both an exemplary citizen and a legendary artist whose prized songbook will be celebrated for many years to come. In 2020 Cockburn celebrated his 50 year anniversary as a recording artist, alongside his long-time label True North Records, with the release of a vinyl box set.

Reggae Recording of the Year: Kirk Diamond, Let It Be Done
JUNO Award Winner Kirk Diamond is singer, songwriter, producer and social activist in his own right. Diamond has proven that there are no limits when high expectations of oneself and ones goals are achieved. Spreading musical messages of unity, inclusion, and love for all walks of life, The Movement Of Ahryel joins Kirk Diamond in delivering his greatness to reggae & dancehall lovers. Diamond was featured on CBC Music’s 10 Canadian Reggae Artists You Need To Hear and nominated for a JUNO Award for Best Reggae Recording for his single Love Inna We Heart produced by France-based Galang Records in 2015. The nostalgic ode to the 90’s has become a worldwide success steadily climbing various international charts such as the popular Canadian Reggae Chart heard on Rebel Vibez where it held the #1 spot and charted for over 19 weeks. In the Spring of 2017, Kirk released his debut EP Greater, “a story of my musical journey to this point with an optimistic look on what’s next to come,” said Diamond of the project. The EP’s eponymous song hit the #1 spot by the Fall, running 6 weeks consecutive with a total of 42 weeks on the chart. Greater would gift Diamond with his second JUNO award nomination and his first JUNO Award win for Reggae Recording of the Year in 2018.

Indigenous Artist or Group of the Year: Crystal Shawanda, Church House Blues
Crystal Shawanda is an Indigenous musician, who grew up on the Wikwemikong reserve on an island in Ontario, Canada. Her parents taught her to sing and play guitar and encouraged her to play country songs, but she grew up in a home filled with the music her oldest brother loved most: the blues.

She was signed as a country artist to RCA Records in 2007 producing a Top 20 hit on country radio, sold over 50,000 copies in the US, went Top 20 on Billboard’s Country Albums chart, but left Crystal feeling like a fish out of water. While on the road promoting the album, visiting radio stations she wrote “The Whole World’s Got the Blues,” inspired by the music she loved to overhear in her youth. Now signed to True North Records, Church House Blues is Crystal’s fourth blues album.

Crystal has performed for the Obamas in the 2013 Inauguration and she has served as a board of directors for Nike 7 for the past 11 years. She is a world-class motivational speaker and speaks regularly to colleges, communities and reserves, delivering her thoughts on never giving up and truly believing in yourself. Crystal delivers that message in everything she does. “When It Comes To Love” went to #1 on the Indigenous Countdown, and the album was Top 10 on the Living Blues Radio Chart in the United States.

Blues Album of the Year: Crystal Shawanda, Church House Blues
or her second album on True North Records, Nashville-based singer Crystal Shawanda has channeled the spirit and strength of blues greats such as Etta James and Koko Taylor, paired with a contemporary delivery that makes the 10 tracks on Church House Blues a rousing testament to her powerful vocal and songwriting abilities.

Recorded at several Nashville area studios, Crystal Shawanda says that the recording sessions for Church House Blues allowed her to express herself without feeling like anyone was looking over her shoulder. “This is the most I’ve ever loved an album out of everything I’ve ever done,” she offers. “This is really who I am. It’s my most definitive album yet. All these songs reflect different aspects of who I am. It’s putting a finger on that definitively. I’m not trying to prove anything. I’m just being me. I’m done with trying to fit in.”

Recording Engineer of the Year: John ‘Beetle’ Bailey, “The End of a Love Affair” VEGAS BREEZE – Micah Barnes, REFUGE – Sultans Of String
Recording Engineer / Producer John “Beetle” Bailey is the owner-operator of The Drive Shed Recording Studios in Ontario, Canada. Since graduating from the Music Industry Arts program at Fanshawe College in 1990, he has enjoyed a diverse career spanning work in almost every genre.

In April of 2007, John earned the “Recording Engineer Of The Year” JUNO award, for “Rain” performed by Molly Johnson, and “The Sisters Of Mercy” performed by Serena Ryder. John received JUNO nominations in 2008, 2009 and 2010 and again in 2015. He’s nominated for a Latin Grammy this year for Best Engineered Album, for Alex Cuba’s “Sublime” LP.