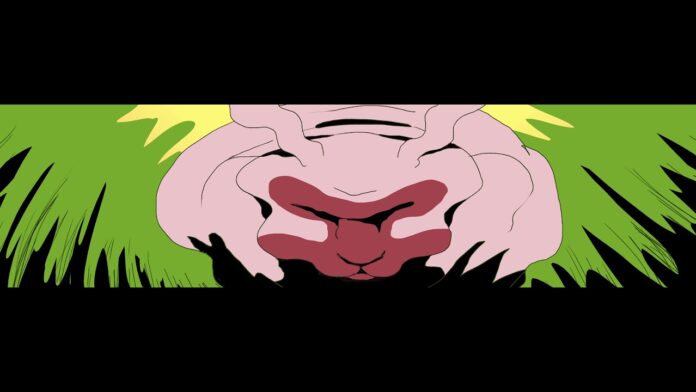 Montreal, Quebec-based record company GSI Musique announces the release of the new animated music video for the track “Vert” [translated to English as “Green”] from the acclaimed double album Histoires sans paroles – Harmonium Symphonique, a symphonic re-interpretation of the music of influential 1970s Montreal-based progressive rock act Harmonium. The album was recently certified platinum in Canada and has been gaining traction in the U.S. and worldwide.

The video’s animation style is fluid and evocative, adding a cinematic visual flair to the piece’s bold musical language. GSI Musique President Nicolas Lemieux remarks, “Working closely with multi-media firms NOISY HEAD STUDIO and CHAMPAGNE CLUB SANDWICH, animator Vince Hurtu and a talented team of producers, we were able to portray the themes of the original ‘Vert’ in a style in perfect concordance with the orchestral interpretation of the new version from Histoires sans paroles – Harmonium Symphonique. We invite everyone to explore this video’s visual world and let the music and images wash over you!”

Legendary 1970s Montreal-based progressive rock act Harmonium, led by musical visionary Serge Fiori, is one of the most influential bands in Quebec music history, and their success reached across North America as the sound of progressive rock came to characterize the 1970s music scene. Over the course of just three years in its 70s run, Harmonium released three distinct albums: the self-titled Harmonium, its follow-up Si On Avait Besoin d’Une Cinquième Saison, and the band’s swan-song L’Heptade. In 2015, Rolling Stone magazine listed the album Si On Avait Besoin d’Une Cinquième Saison at number 36 of the Best 50 Progressive Rock Albums of all time and declared it “the pinnacle of the whole Folk-Prog movement.” In 2007, all three of Harmonium’s studio albums were named among the 100 greatest Canadian albums of all time in Bob Mersereau’s book The Top 100 Canadian Albums.

The new album Histoires sans paroles – Harmonium Symphonique presents the band’s repertoire revisited and orchestrated by talented music arranger Simon Leclerc, who also co-produced the album with Serge Fiori under the artistic direction of GSI Musique President Nicolas Lemieux. A large ensemble featuring 68 musicians of the Orchestre Symphonique de Montréal (OSM) performed on the album, conducted by Maestro Leclerc at Montreal’s Maison Symphonique. The album, within just seven weeks after its December release, was certified platinum in Canada with over 80,000 units sold, and is now surpassing 100,000 units sold. And staggeringly, this album has done the unthinkable: by going platinum the OLD way, sticking to physical units and downloads and not releasing the record to streaming services, and being available only via online orders through www.harmoniumsymphonic.com, not being distributed in any brick and mortar stores (a first in Canada for such a major project). The project has maintained its unique momentum for many weeks, with further sales certifications imminent.

The album is available in the following formats: a digital version; a boxed set containing two CDs and a booklet illustrated with photos taken during the recording at the Maison Symphonique de Montreal, in Serge Fiori’s presence; and a new boxed set containing four vinyl albums and a booklet consisting of extensive texts and a wide selection of pictures commemorating this unique moment. All formats can be purchased exclusively from https://www.harmoniumsymphonic.com/.