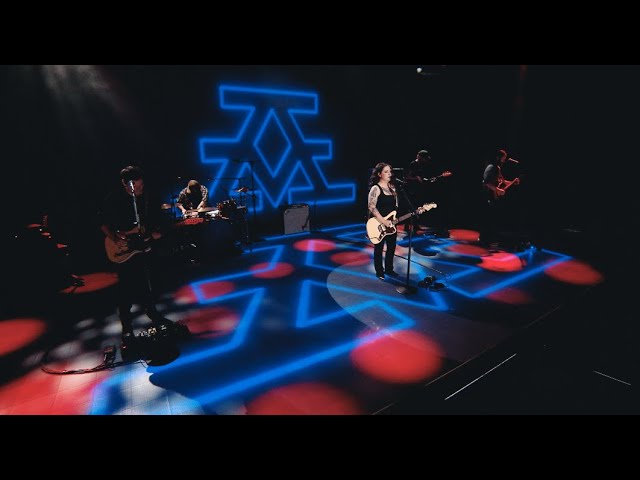 With four nominations at the upcoming 2021 ACM Awards including Female Artist of the Year, Album of the Year and Song of the Year, Ashley McBryde releases a scorching live performance of “Shut Up Sheila” from her forthcoming live EP Never Will: Live From A Distance, arriving Friday, May 28. “Shut Up Sheila – Live” is available everywhere now.

“There’s somebody in your family that you want to smack in the face and tell them to shut up,” the four-time GRAMMY nominee said as she shared the story behind “Shut Up Sheila” with Rolling Stone. “But because we are from the South or we live in the South, we use our ‘company manners’ all the time. We don’t always get to ball that fist up and go ‘Shut up!’ Now you don’t have to — now you can just listen to that song.”

Upon its initial release, Variety described the song as “a slow-burning rocker that’s the least pious death song country has churned out in a generation.” American Songwriter dubbed it “a fiery, rock-ignited declaration,” while Billboard called the track “feather-ruffling.”

Praised as “one of country’s sharpest truth-tellers” by Rolling Stone, the Arkansas-native is the only artist to have been nominated for Country Album of the Year for Never Will by the ACM, the CMA and the GRAMMYs in the same award season, while lead single and RIAA Gold-Certified “One Night Standards” earned McBryde nominations for Song of the Year (artist + songwriter), cowritten with Shane MacAnally and Nicolette Hayford.

“Shut Up Sheila – Live” follows the release of the live version of McBryde’s current single “Martha Divine,” a track NPR named as her “rowdiest jam to date” and shared, “When she plays it live, this thing will shake ceilings,” while Rolling Stone calls it “storming country-rock” and Billboard notes the track “never lets up.”