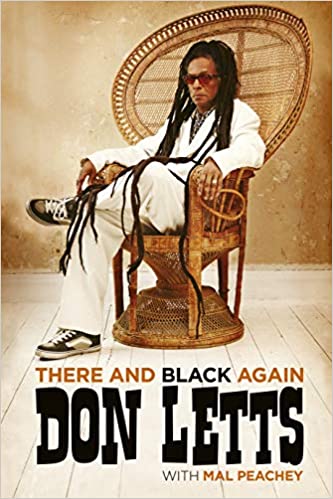 Starring the Grammy award winning filmmaker, rock star, DJ, radio broadcaster, social commentator, husband and father Don Letts, There And Black Again takes in many lives and places. It is written as scenes from a movie shot on location in London, Kingston, New York, Los Angeles, Windhoek, Salt Lake City, and Goldeneye. Co-starring a cast of hundreds, including Joe Strummer, John Lydon, Bob Marley, Chrissie Hynde, Chris Blackwell, Paul McCartney, Nelson Mandela, Keith Richards, Pattie Smith, Chuck D., Malcolm McLaren, and Vivienne Westwood, it takes in major cultural movements from skinhead through punk to Black Lives Matter, and includes scenes of civil unrest, live music, humour, and political struggle. There And Black Again describes in clear-eyed detail a life of work and love, of battles against prejudice and negativity, of failures and great successes. It describes a six-decade journey through sound and vision which has left a unique body of award-winning work in film, television, and music.