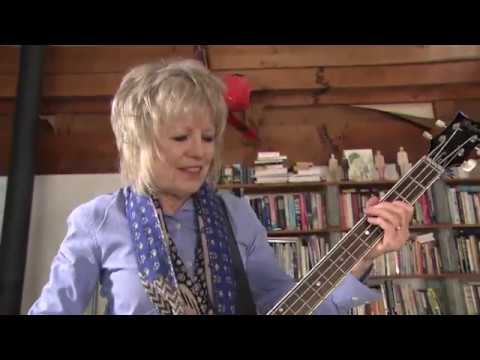 After moving to New York City, Tina Weymouth, a self-taught folk guitarist, was persuaded to join Chris Frantz and fellow musician David Byrne as bassist of a rock group they would call Talking Heads. Later joined by Jerry Harrison on guitar and keyboards, they released some of the most influential music of the era – rightfully earning their place into the Rock and Roll Hall of Fame. Four of their albums appear in Rolling Stone’s list of the 500 Greatest Albums of All Time, and three of their songs (“Psycho Killer”, “Life During Wartime”, and “Once in a Lifetime”) were included among the Rock and Roll Hall of Fame’s 500 Songs That Shaped Rock and Roll. Talking Heads were also on VH1’s list of the “100 Greatest Artists of All Time”. In the 2011 update of Rolling Stone’s “100 Greatest Artists of All Time”, they were ranked number 100.

The Connecticut Women’s Hall of Fame put together a stunning inductee tribute to Tina for her induction in 2019.