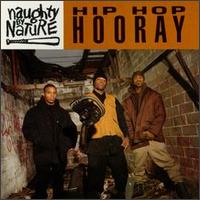 Naughty by Nature “Hip Hop Hooray” spent one week at number one on the US R&B chart, and reached number eight on the US Pop chart in 1992. The Seattle Mariners would play the song after Ken Griffey Jr. was officially announced coming to bat at the Kingdome, especially in 1995, the year of the Mariners’ first Major League Baseball playoff appearance.