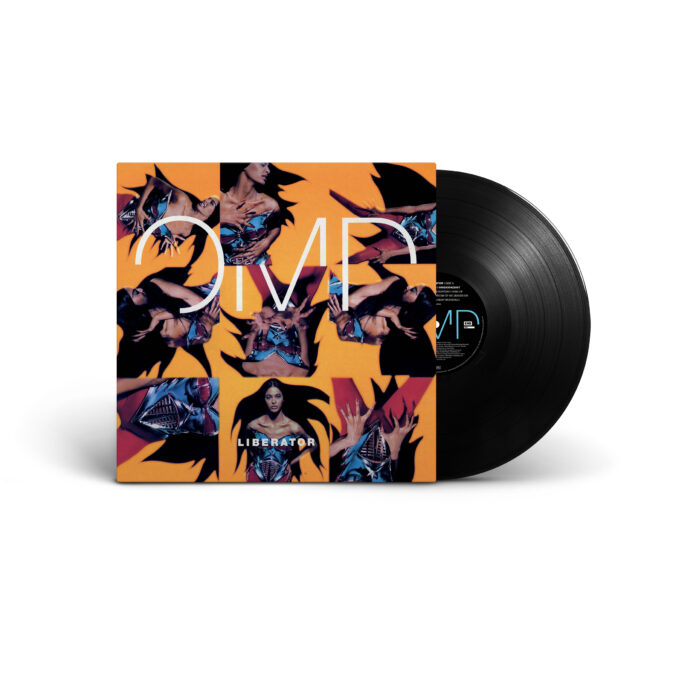 Following on from their 40th anniversary celebrations last year which saw them release their greatest hits and anniversary box set, ’Souvenir’, Orchestral Manoeuvres In The Dark (OMD) have announced further remastered reissues of their UK Top 20 album Liberator and their 1996 album Universal on vinyl on August 6th on UMC/Liberator.

Frontman Andy McCluskey’s fascination with WWII bombers influenced the title of the UK Top 20 album Liberator named after the B-24 Liberator aircraft. Peaking at number 14 in the UK album charts, the record features singles ‘Stand Above Me’ and ‘Dream Of Me’ as well as a cover version of the Velvet Underground’s 1967 track, ‘Sunday Morning’. Universal, the band’s tenth album released in 1996, also had chart success with single ‘Walking On The Milky Way’ entering in the Top 20 in the UK singles charts and saw the band make their 29th and final appearance on Top of the Pops.

Both albums, which haven’t been available on vinyl since their first release, will be reissued on 180g black vinyl and were remastered at the iconic Abbey Road studios. The releases follow a string of reissues in the last year from OMD including the limited 12” vinyl of their legendary anti-war hit single ‘Enola Gay’ as well as a limited reissue of the bands iconic debut single, ‘Electricity’, on 7” vinyl.

OMD will also embark on a UK arena tour in November of this year. The tour, which will see the band perform songs from their iconic album ‘Architecture & Morality’, plus many more hits from their legendary back catalogue, will stop off at London’s Eventim Apollo, and two hometown shows at the Liverpool Empire and Olympia.

As well as the tour, fans and the band can give back to the tour crew at the ‘You Me & OMD’ livestream at London’s Indigo at The O2 on June 19th. The show is set to raise money and awareness for their crew, whose livelihoods have been so affected in the wake of the global Covid-19 pandemi

Strap in and prepare for nothing but the best from a band who are unquestionably still at the very top of their game.

The band will play the following UK arena headline shows in November 2021:

OMD have sold an astonishing 25 million singles and 15 million albums, which has established them as electronic synthesiser pioneers and one of Britain’s best-loved pop groups. Their 13 albums include recently reissued ‘Orchestral Manoeuvres In The Dark’ (1980), ‘Organisation’ (1980), ‘Architecture & Morality’ (1981) and ‘Dazzle Ships’ (1983).

Stand Above Me
Everyday
King Of Stone
Dollar Girl
Dream Of Me (Based On Love’s Theme)
Sunday Morning
Side B: