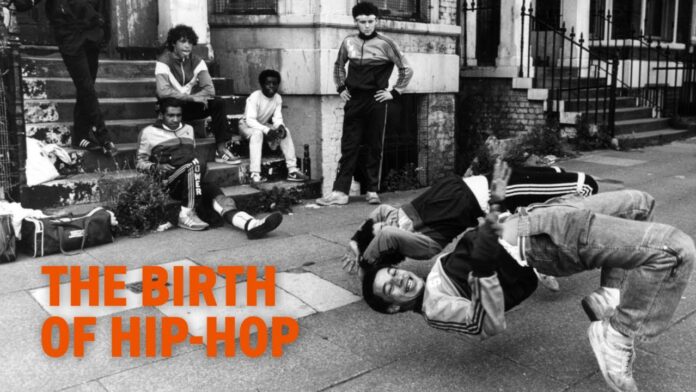 In 1973, DJ Kool Herc set up his turntables and introduced a technique at a South Bronx house party that would change music as many people knew it. His ability to switch from record to record — as well as isolate and repeat music breaks — led to the discovery of the hip hop genre.

From school yards to gatherings, boomboxes housed the exhilarating sound that people couldn’t get enough of. Soon, freestyling over the beat became popular, and we’d have one of the most noted songs of the genre released in 1979, entitled “Rapper’s Delight.” As the genre evolved, artists used their platform to speak on social issues near and far. These lyrics became the melody that told the narrative of the artist’s world to a beat.

Hosted by Henry Louis Gates Jr., with additional commentary from author Joan Morgan, Jelani Cobb of Columbia University, rapper Nas, and filmmaker Ava Duvernay, we celebrate an underground cultural movement that has unified people and has become the most streamed genre of present day.

Black History in Two Minutes (or so) is a 2x Webby Award winning series.