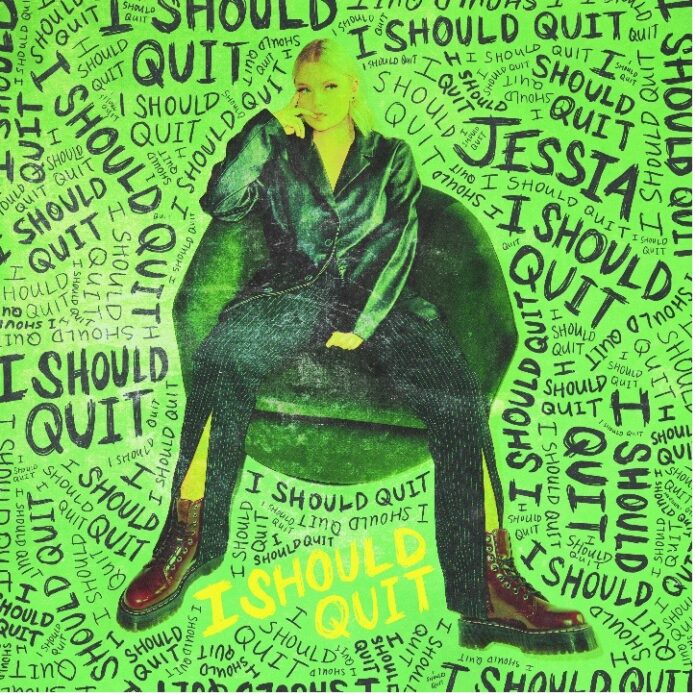 On the track, executive produced by Grammy award winning singer, songwriter, and producer Ryan Tedder, hyper-charged production underscores confessional verses as she immediately admits, “I should quit…having friends with benefits.” Her delivery rises and falls with the dizzying beat as she laments, “I should quit, but I want to see how it ends, ‘cause I’m a woman who doesn’t listen to her friends.” She deals with the conundrum of friends-with-benefits the best way she knows how, by making another bona fide bop.

JESSIA’s music and lyrics continue to resonate. Where “I’m not Pretty” explored the powerful theme of self-acceptance, the saucy, staccato, and tongue-in-cheek “I Should Quit” traces what happens when you follow your heart and your gut… even when your head (and occasionally, your well-meaning best friends) suggests otherwise. “I’m really good at giving advice but not always good at taking it. I know what I SHOULD do but what’s the fun in always playing it safe? Sometimes you just need to fully accept that you are a hot mess,” she said.

Recently, JESSIA was featured as Billboard Magazine’s “Chartbreaker” for the month of June. Her CRIA Gold-certified body acceptance anthem “I’m not Pretty” is currently Top 5 at Hot AC radio in Canada and features GRAMMY Award-nominated artist Bebe Rexha on the official remix version of the track released last month. “I’m not Pretty” recently crossed 100 million streams and counting and this week tops the Billboard Canada Emerging Artists Chart for the FIFTH week straight at #1.

“I’m not Pretty” initially exploded on Tik Tok when JESSIA introduced an acapella hook of the song by sharing, “I don’t know if this is total trash, or if it’s actually a bop.” Turns out, it was the latter as the clip racked up 1 million views in a day. The candid lyrics describe a journey towards self-love and the emotions one can feel while on its path – a message that has instantly resonated with audiences all over the world.

JESSIA released the official music video for the single. Inspired by Roald Dahl’s ‘James and The Giant Peach,’ the video sees her step through a looking glass to confront her insecurities in a playful and tongue-in-cheek kind of way, she then falls down a rabbit hole into an imaginary, yet cinematic eye-popping peach filled wonderland.

In addition to early support from international tastemakers, Grammy award winning singer, songwriter, and producer Ryan Tedder personally reached out to JESSIA upon hearing the song to champion her work and collaborate. Together they are putting the finishing touches on more new music—due out soon.