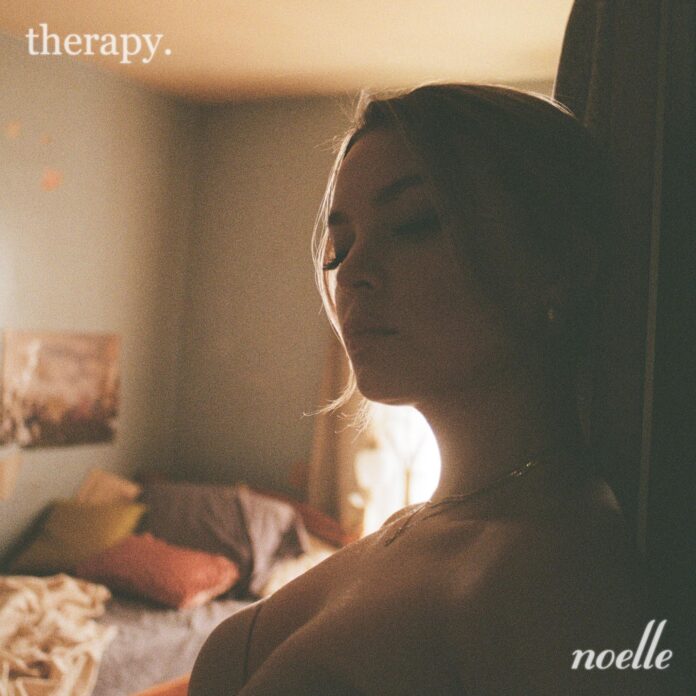 Following a year of uncertainty, burgeoning pop songstress noelle is ready to share her music and songwriting with the world. Highlighting the importance of connection, today’s release of “Therapy,” the first single from noelle’s upcoming debut album, (released via Wax Records / Universal Music Canada) takes listeners on a journey of being there for someone you love through the toughest of times.

“Writing ‘Therapy’ was healing for me, getting all of my feelings out into a song,” said noelle of today’s release. “It’s really heartbreaking watching someone you love go through a hard time, especially when they don’t open up to get the help that they need. ‘Therapy’ is about reassuring someone that you’re always going to be there for them.”

Written by noelle and David Charles Fischer over zoom with esteemed UK producer Phil Cook (Ellie Goulding, Liam Payne, Lewis Capaldi, Little Mix) and recorded in her parents’ basement studio during quarantine, “Therapy” puts noelle’s smooth vocals on display, showcasing her unique R&B approach to pop music. Raw and emotional, “Therapy” is a track that noelle holds close as it encapsulates much of her own experience in the storytelling. With the hope of encouraging those that are struggling, “Therapy” reminds listeners to ask for help from those they love, becoming a reminder that there is always someone willing to listen.

Raised on the Tyendinaga Mohawk Territory in Ontario, noelle’s upbringing exposed her to a vast range of musical genres, from Nat King Cole and Sarah Vaughan to the powwow drum and native wind flute of her Indigenous roots. At just 19 years old, noelle has been singing since she was barely old enough to walk. Initially finding her footing through YouTube, noelle amassed a following of 94.1K subscribers resulting from her viral covers of timeless classics and today’s biggest acts. Expressing her thoughts and emotions at her piano, noelle began writing her own music as a therapeutic form of self-expression. The artists whose words she once personalized through her covers, soon became the major influences behind her own music.

Co-signed to Wax Records and Universal Music Canada, noelle will be releasing more new original music throughout the year, leading up to her debut album in early 2022.