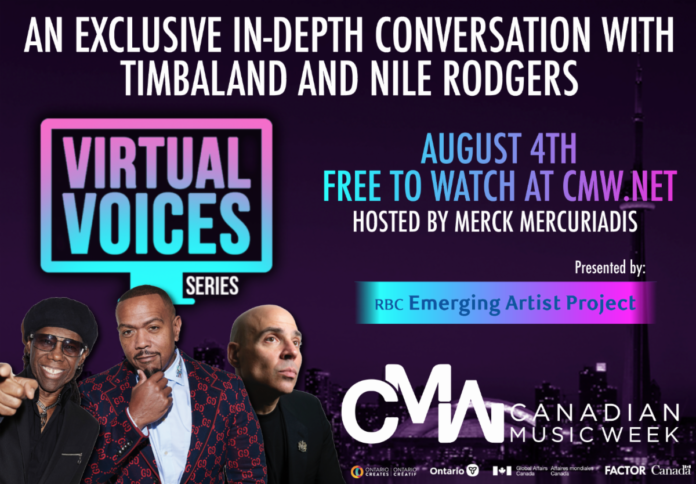 If ever someone deserved to have his name permanently engraved, it’s the man who inspired CMW’s annual Nile Rodgers Creators Award. Rodgers is both a Rock and Roll Hall of Fame and Songwriters Hall of Fame inductee, a producer, songwriter, musician, composer, arranger, and guitarist who has worked with Jagger, Bowie, Madonna and Daft Punk, on records with more than a half-billion sales.

Award honouree, superstar producer Timbaland, is a connector of great artists. From JAY-Z to Justin Timberlake to Sam Smith to Missy Elliott to Beyoncé, the man with the unique beats has influenced music like few others. Imagine a world without JAY-Z’s Vol. 2… Hard Knock Life or Justin Timberlake’s newly notorious “Britney break-up” song Cry Me A River. He even connects corporately, creating Mosley Music Group with L.A. Reid and teaming that up with Def Jam. His latest entrepreneurial enterprise is the sponsor of this Exclusive event, BEATCLUB.

You can watch it free on August 4 here.