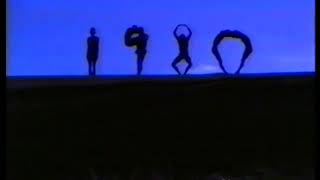 The 1980 Floor Show was a rock musical spectacle featuring David Bowie as the protagonist, held at the Marquee Club in Soho, London, on October 18–20, 1973. It was broadcast in the United States by NBC on November 16, 1973, as part of the series The Midnight Special, and presented the last performance of Bowie as his character Ziggy Stardust.

Now we get to see an amazing 8 hours of previously unseen footage. Settle in, kids.