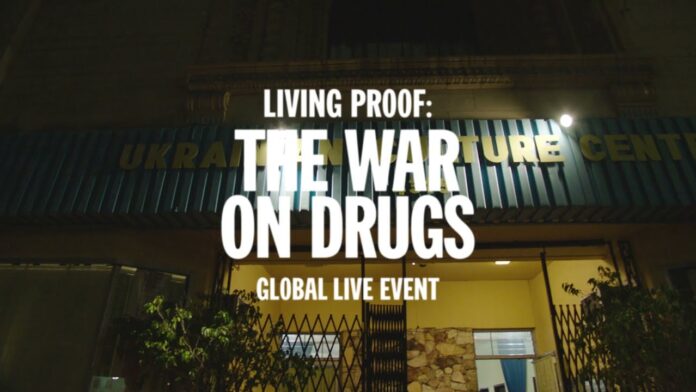 The War On Drugs announce Living Proof: The War On Drugs Global Live Event, premiering Thursday, December 9th and available on-demand for ticket holders Friday, December 10th – Sunday, December 12th. Filmed at the Ukrainian Cultural Center in Los Angeles, this very special livestream event is in support of the band’s long-awaited and widely praised fifth studio album, I Don’t Live Here Anymore, and precedes their worldwide tour which kicks off in January. In partnership with PLUS1, $1 from each ticket purchase will go to supporting She’s the First, an organization devoted to making sure girls globally are educated, respected and heard. Tickets are on sale November 19th.

Last night, The War On Drugs returned to Jimmy Kimmel Live! for their first in-studio performance surrounding the release of I Don’t Live Here Anymore. The nine-piece band, including guests Lucius, played “I Don’t Live Here Anymore,” “a masterpiece and in the running for the best War on Drugs song so far” (Wall Street Journal).