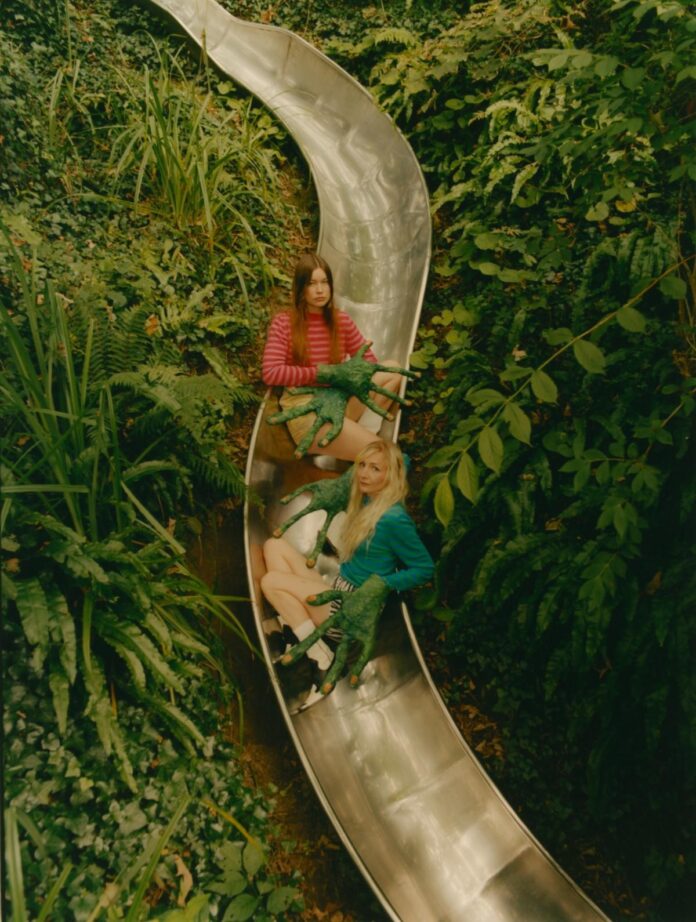 On Friday, Isle of Wight’s Wet Leg will release their eagerly anticipated self-titled debut album. Since unleashing their first single in June last year, things have moved at lightning speed for Rhian Teasdale and Hester Chambers – from selling out all their live shows in minutes, performing on US TV three times, being crowned number 2 in BBC’s Sound of 2022 to racking up 40M global streams and 9M YouTube views as well as been touted, most recently, by Dave Grohl, Lorde and Jack White. Before all twelve tracks from Wet Leg are revealed, today the duo share new song “Ur Mum”.

“Ur Mum” opens with a spectacular insult lobbed in the direction of an ex-boyfriend: “When I think about what you’ve become, I feel sorry for your mum” but the song also nods to outgrowing the slow pace of life and small town energy of the island: “When the lights go down on this fucking town, I know it’s time to go” and results in Rhian letting out her “longest and loudest scream” for 11.02 seconds. Teasdale says of the song: “I was pretty angry at the way things had gone in this particular dynamic. It’s just a diss song I wrote to make myself feel better. It worked.”

The video directed by Lava La Rue who says: “The Ur Mum video was all about bringing the viewer into the Wet Leg world – sprinkling details throughout the visual that not only reference at least 4 songs off the album but also plenty of inside jokes within the band too. Artistically it shows where the aesthetic of American indie films like Napoleon Dynamite fit perfectly in the scape of rural British settings – this concept first came to me when the band took me to IOW for the first time – I saw the connection and it all clicked into place.”

The band have just completed an extensive round of touring in North America including roadblock SXSW showcases, an Academy Awards pre party for YSL, performing on The Tonight Show Starring Jimmy Fallon and The Late Late Show with James Corden.