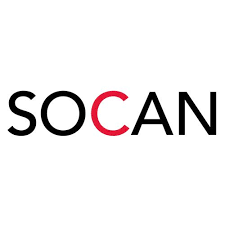 The votes are in! Music fans declare “Welcome to the Garden,” written and performed by Emily Steinwall of Toronto, the winner of the 17th annual SOCAN Songwriting Prize.

In addition to the prestige of winning, Emily Steinwall receives a $5,000 cash prize, a Yamaha Workstation, and a $500 gift card from Long & McQuade to support her creative process and songwriting journey.

This is Steinwall’s first foray into songwriting, and fans and critics alike are thrilled she made the leap. First recognized and celebrated as an emerging composer, saxophone player, flautist, and bandleader, Steinwall is no stranger to the spotlight. Before releasing her debut concept album “Welcome to the Garden,” Steinwall graced the stage as a back-up singer for Alessia Cara.

“Just as a flower and the Earth are one, synergistically connected and inseparable, an artist cannot exist without the community of people from which they grow. We cannot be separated from our history or environment. This is the message I hope comes across with ‘Welcome to the Garden’,” Steinwall said. “Thank you to everyone that took the time to vote, without whom I would not have received this award. I think this is a clear indication that music grows from the ground up – its roots in community, its meaning and value in how it resonates with others. Thank you so much to SOCAN and all of the sponsors for creating this award to encourage and celebrate young songwriters.”

SOCAN is pleased to also present cash prizes of $500 to the writers of each of the remaining nine nominated songs along with a $50 gift card from Long & McQuade.

“Congratulations to Emily Steinwall,” said Jennifer Brown, CEO of SOCAN. “Her talent as a songwriter is clear in ‘Welcome to the Garden.’ It has an emotional depth rarely seen this early in a career. Canada is fortunate to have such strong songwriting talent and the ten songs nominated for the 2022 Songwriting Prize are representative of a very bright future for Canadian music.”

Matt Bobkin, eminent music and arts journalist and a SOCAN Songwriting Prize panelist, said this about the song: “There’s so much to love about ‘Welcome to the Garden,’ and not just because it’s 10 minutes long: the daring blend of jazz, psych and progressive rock; the lush arrangements mirroring lyrics that praise the power of womanhood, community and nature; and the many stellar performances, from the vocals to the climactic sax solo. It pushes forward plenty of ideas, narratives and sounds that are too often ignored or pigeonholed in popular music, and it’s amazing to think that this is only the beginning for a visionary like Emily.”

SOCAN plays no role in determining the nominees or winners, apart from ensuring that they meet eligibility criteria.

The winner of the Prix de la chanson SOCAN, the competition conducted separately for songs in French, was “Secret,” written by Hubert Chiasson, Félix Petit and Julien Chiasson; performed by Hubert Lenoir; and published by Leclerc Lenoir Inc

Also featured in the English category were the following extraordinary songs: