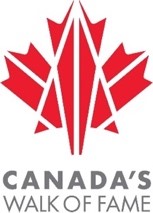 These exceptional Canadians join a distinguished lineup of previously announced 2022 Inductees, including multidisciplinary sports hero Lionel Conacher, chart-topping R&B songstress Deborah Cox, the Canadian comedy institution that has been the Canadian launchpad for the biggest international comics, Just For Laughs and one of the Top 50 businesswomen in the world, Heather Reisman. Also previously announced 2022 Canada’s Walk of Fame Honourees Arkells are recipients of this year’s Allan Slaight Music Impact Honour.

Additional Inductees and Honourees to round out the Class of 2022 will be announced in the coming weeks representing the organization’s five pillars of recognition: Arts and Entertainment; Entrepreneurship and Philanthropy; Humanitarianism; Science, Technology and Innovation; Sports and Athletics.

Barbara Frum (Arts and Entertainment – Legend) – The Most Influential Woman in Canadian Broadcasting
Barbara Frum was one of the most recognized voices in Canada. As a journalist for CBC Radio’s “As It Happens” and subsequently for CBC TV’s “The Journal,” Frum was known for her direct style and hard-hitting questions, having interviewed more than 2600 people, including politicians, change-makers, celebrities and cult leaders. As a woman who rose to the top of her profession during the 1970s and ’80s, Frum is cited by many as an inspirational icon, the first one to shatter many barriers for women in her field. During her lifetime Frum’s achievements were recognized with a wide variety of accolades and awards including multiple honorary degrees, the National Press Club of Canada Award for Outstanding Journalism (1975), the Canadian Press Woman of the Year Award in the literature, arts, and education section (1976), and the Order of Canada (1979) and four Alliance of Canadian Cinema, Television and Radio Artists (ACTRA) Awards. Frum’s newsmagazine program “The Journal” was so popular with Canadians that when she died prematurely, at the age of 54, in 1992, the national grief over her loss was described by Maclean’s Magazine as “a death in the family.”

For more than three decades, The Tragically Hip’s tireless activism and philanthropic pursuits have raised millions of dollars for multiple social and environmental causes, such as Camp Trillium, the Canadian Cancer Society, the Sunnybrook Foundation, WAR Child, the Special Olympics and the Unison Benevolent Fund. A quintessential band whose music captures the essence of being Canadian, they used their enormous megaphone in 2016 to shine a spotlight on the country’s systemic mistreatment of indigenous peoples. The legacy of the band’s frontman, the late Gord Downie, continues with The Gord Downie and Chanie Wenjack Fund, which aims to build cultural understanding and create a path toward reconciliation between Indigenous and non-Indigenous peoples. Social media: Twitter, Instagram, Facebook.

Julien Christian Lutz, professionally known as (pka) Director X, is one of the most iconic music video directors of our time. The protégé of iconic director Hype Williams, Lutz is known for his trailblazing videos for some of the biggest music superstars in the world, such as Drake, Rihanna, Rosalia, Kendrick Lamar, and Kanye West, to name a few. A creative force, Julien’s credits also include the feature film, Superfly for Sony Studios produced by the legendary Joel Silver, art installations for Toronto’s Nuit Blanche, and the upcoming modern-day reimagining of the classic tale, Robyn Hood , featuring a fearless heroine as ‘Robyn’ that will air on Global. In addition, using his platform for social change, Julien founded Operation Prefrontal Cortex, an initiative to reduce Toronto’s gun violence through mindfulness and meditation. Social media: Instagram.