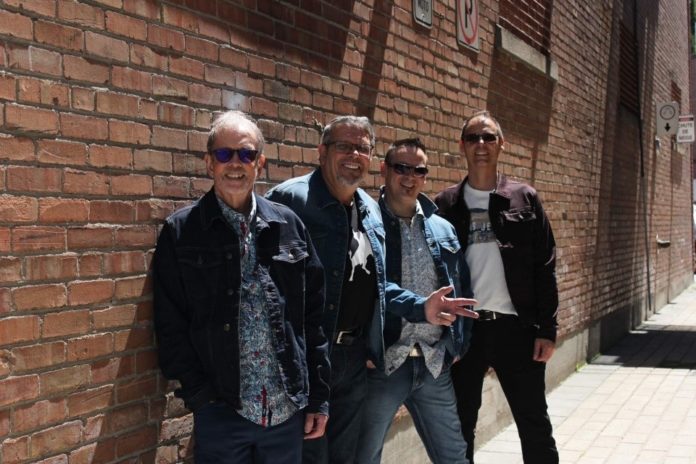 It’s a simple, universal fact that without our health we don’t have anything. The desire and drive to be alive and thrive is at the center of the powerful and purposeful new single by Canadian blues-rock band Blaze Project. “Still Fine” is available now.

A guitar-driven, super funky ride from start to finish, “Still Fine” is a revved-up testament to the indomitable will to live in the face of tough personal challenges. The song takes a triumphant approach in response to a health crisis too many people will face in their lifetimes.

“‘Still Fine’ deals with cancer, a disease that affects thousands of families,” says the Baie-Comeau, Québec-based group. “Having lived it within the entourage of the band, the song is therapy in itself.”

Rather than focus on the grief and devastation a cancer diagnosis can cause, “Still Fine” underlines the determination, fight and forward thinking of a person who’s ready to tackle this formidable health challenge head on.

“It tells the story of a person affected, who decides to fight and whose great desire to stay alive will lead him back to health and eventually, healing.”

“Still Fine” is one of several tracks on Blaze Project’s second full length release that embrace the positive aspects of life, even through the lens of hardship. The band took the two years of the deepest part of our global pandemic to consciously ‘enjoy this moment’ as they gathered in their practice space and composed the ten songs that make up the new album released last May. “Enjoy This Moment” follows up Blaze Project’s 2018 debut album “Universe”.

“We took two years to compose and refine ‘Enjoy This Moment’ in a positive and playful climate,” notes the band. “The album conveys positive messages and a beautiful energy.”

Recorded mostly live off the floor on analog equipment at Wild Studio in Saint-Zénon, Québec, “Enjoy This Moment” mixes the band’s diverse influences of blues, rock, funk, and indie rock into a warm, rich and delicious sound concoction. The kinetic energy of the band ripping through their songs in a single take is what fuels this project.

“Music is visceral to us,” they explain. “It’s the need to create and share, touch people and make a difference in their day in order to change the negative into positive!”

Blaze Project is composed of vocalist and acoustic guitarist Pat Trudel, guitarist and vocalist Serge Blais, drummer Danny St-Gelais and bassist Jacques Roy. In recent years, the foursome has seen more than their fair share of bad luck including illnesses, deaths in the family and a serious road accident that almost claimed Trudel’s life. All of that galvanized the band into action with passionate, positive momentum to create “Enjoy This Moment”, which has resulted in airplay on 350 international radio stations and a spate of great reviews.

“Our music has become much more emotional, and our vision has become very clear: to pursue our dream, to touch people and to write the best music possible!”