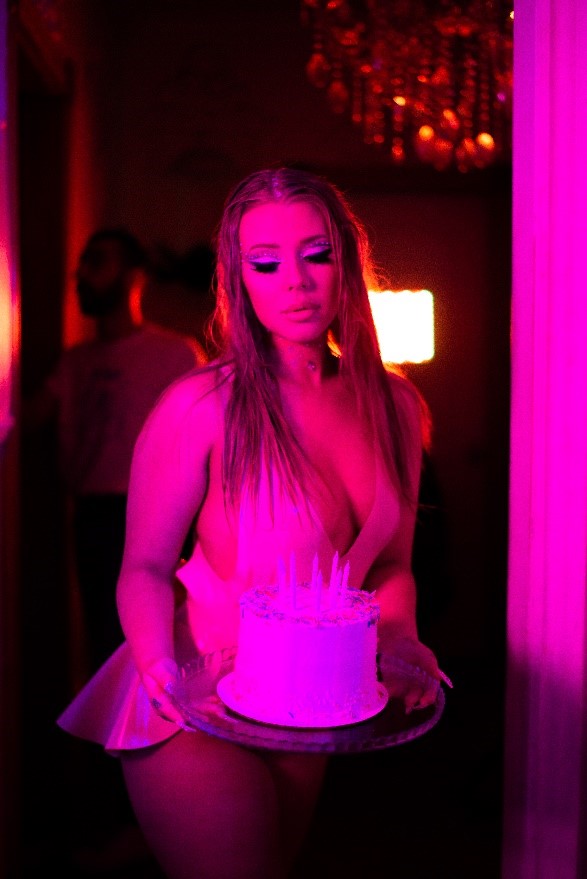 Sometimes it’s worth being the bigger person – although it can be very cathartic to get the last jab in at the end of an unhealthy relationship, not so much out of spite, more so for closure. Olenka captures the feeling of sweet revenge in her newest single, “Happy Birthday.”

Relationships can be great – when they go right. However, the problem with there being “so many fish in the sea” is that sometimes you catch one you must throw back. Often, we blame ourselves for making the poor choice, regardless of circumstances or what some would call destiny. There comes a point where, regardless of fate, we must take things into our own hands – and that’s what makes Olenka’s story of love gone wrong so powerful.

“Happy Birthday” recounts a web of lies that a lover has woven to hide a mistress while still being present in their partner’s life. Olenka’s newest single starts with a retelling of finding something you didn’t want to find but deep down suspected might be true.

While there may be a stigma around “snooping,” it is important to act as your own advocate in a situation that you feel isn’t being addressed properly by a smooth-talking lover. As our protagonist finds themselves placed in a situation where their partner is not being faithful, she takes things into her own hands – in a satisfyingly subtle way;

Olenka, always the ally, makes it well known that it’s not always necessarily the mistresses’ fault when it comes to infidelity. She reflects on this sentiment, saying:

“Many women find themselves blaming the mistress, rather than the one who did the cheating. You’re not a man if you can’t hold yourself down & control yourself when temptation arises.”

Olenka is a singer/songwriter who is wholesomely dedicated to honing her craft. Moving to the city of Toronto has set this up-and-coming artist at a breakneck pace, giving her the opportunity to pursue singing, songwriting, and performing live in a way she feels is beneficial to her career.

Growing up in London, Ontario, Olenka was exposed to music early on in her life. Falling in love almost instantly, she found a passion for singing and doubled down on it as she got older. Finding her voice early on (both in the musical sense and the “coming of age” sense), Olenka never had an issue speaking her mind and creating her own music. Eventually, she went on to pursue higher education at Fanshawe College, attending the Music Industry Arts program.

Finding her way into sound engineering and production, she met her musical partner in crime Aftrparty. The due has been producing together ever since.