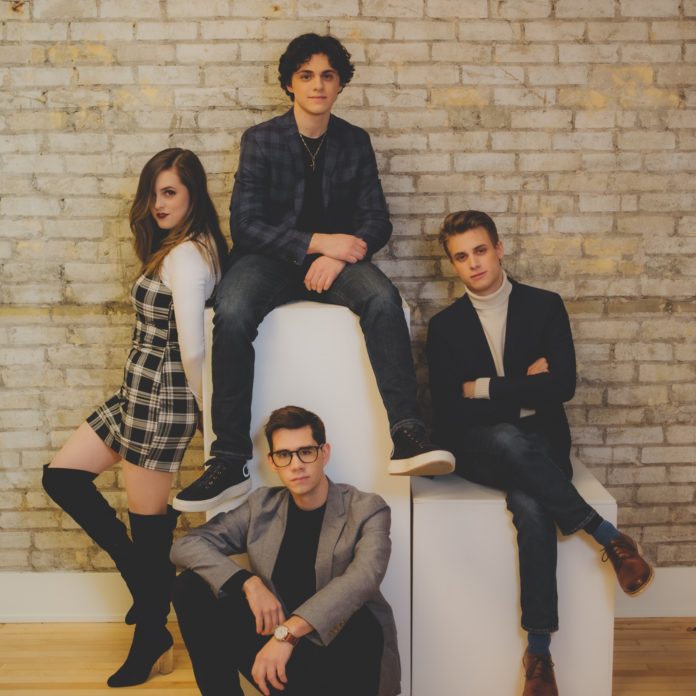 Toronto-based four-piece rock band, A Short Walk To Pluto, dissatisfies social norms with a high-energy track about the inability to be emotionally satisfied in a relationship on the electrifying new single “You Are Not The Only One.”

Kicking off with thunderous percussion and a catchy guitar riff, “You Are Not The Only One” is a shot of adrenaline to the ears while being a cerebral commentary on the importance of emotional fulfillment between partners.

“You Are Not The Only One” is told from a first-person perspective to capture the hardship and vulnerability of starting difficult but necessary conversations in a relationship that isn’t fulfilling for all parties. The storyteller in the song is begging their partner to show passion, determination, and commitment to the relationship.

When one half of a relationship seems to be slipping away, the detachment and isolation can cause the unsatisfied party to seek comfort elsewhere, usually from an individual already known in the situation. A concept succinctly conveyed in the lyrics of “You Are Not The Only One,” which takes no prisoners with its relentless honesty.

A Short Walk To Pluto is a Canadian rock band founded in 2018. Their distinct musical style can be described as a sophisticated take on the stadium-filling rock legends of the past. Rhythmically progressive instrumentation and a robust voice presence set A Short Walk From Pluto apart from the rest of the pack.

The band’s soaring vocals are provided by the immensely talented Emma Armstrong. Alongside her is guitar sensation, Max Kaiser, and providing the backbone for A Short Walk To Pluto is musician Danny Moriana, who slaps-da-bass alongside kinetically pleasing drummer Jake Biggs. A Short Walk To Pluto harnesses all of its sonic attributes and uncompromising songwriting ability to create a musical force to be reckoned with. The band should be on the radar of any music fan looking for more than just a catchy tune.

The riveting new single “You Are Not The Only One,” from the eclectic band A Short Walk To Pluto, is available now.