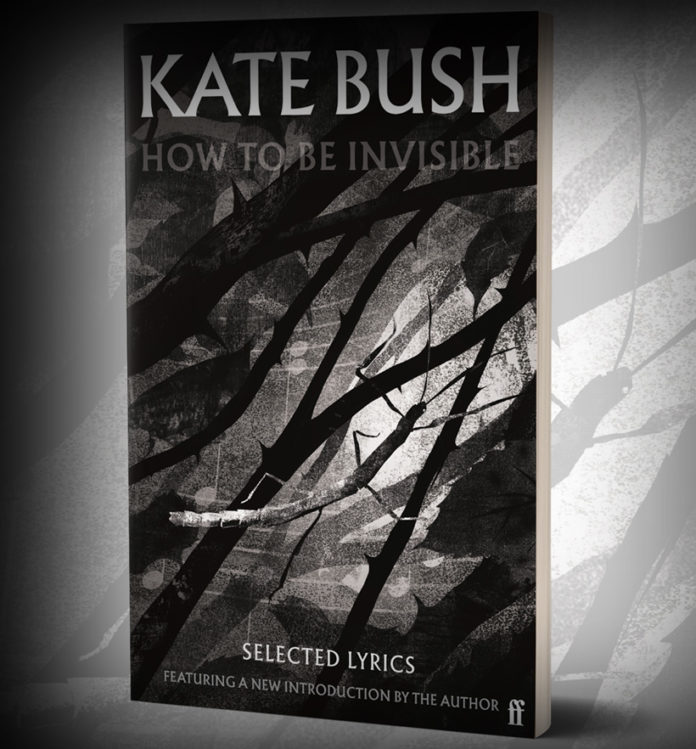 aber are publishing the paperback edition of ‘How To Be Invisible: Selected Lyrics’, by Kate Bush. Officially released 6th April in the UK and 9th May in the USA.

The new paperback edition features a brand new introduction from Kate and a new cover design by Jim Kay.

The book will be available to pre-order from today (18th January). A very limited number of signed copies will be released and can be pre-ordered from selected bookshops and record shops, from 9am on Friday 20th January (UK only).

Kate has also written a message in invisible ink in a very small number of the signed copies, which will be distributed at random: the notes will be revealed to the lucky recipients when they place the signature page under an ultraviolet light.