“Break On Through (To the Other Side)” appears as track one on the band’s debut album. Elektra Records’ censors objected to the drug use implied by the repeated line “she gets high”. The original album version and all reissues until the 1990s have the word “high” deleted, with Jim Morrison singing “she gets” four times before a final wail. Live versions and more recent remastered releases have the full line restored. Regardless, classic rock radio stations and most compilations continue to use the censored version, as it is the version most familiar to listeners. 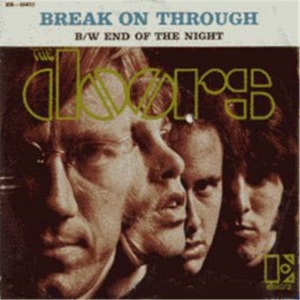