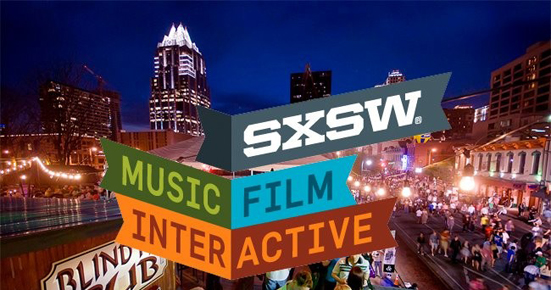 SXSW has launched SXSW On, a free, on-demand streaming network that features dynamic original programming along with live and archival performances, interviews and talks from the SXSW Music, Film and Interactive conference. SXSW On will be available on Roku players in the U.S., Canada, U.K. and Republic of Ireland, as well as Roku TV models in the U.S. – the first streaming players and smart TVs to feature the SXSW On streaming channel.

The network’s custom-designed Roku channel, along with its platform on sxsw.com and YouTube, will give millions of viewers worldwide access to content that embraces the look, feel and spirit of SXSW.

“Roku is one of the leading streaming platforms and we’re incredibly excited to bring SXSW into living rooms of Roku customers around the world,” said SXSW Director of Technology Scott Wilcox. “Having a dedicated network of original programming through the lens of SXSW is a leap forward for our organization and promises a bright future as a provider in the media landscape.”

SXSW On programming will feature several new series highlighting the best in original music, independent films, emerging technologies, cuisine and gaming culture. In addition to the live stream of the 2015 event, viewers will be able to access content from previous keynote speakers, panels and musical performances.

“The SXSW On channel provides Roku customers with a unique entertainment experience they can’t find on any other streaming platform,” said Ed Lee, vice president of content at Roku. “For the first time, people from around the world will be able to view the excitement and entertainment of SXSW live without buying a plane ticket to Austin. We’re thrilled to be the first streaming platform to deliver SXSW On content to our customers and know that they’ll love watching the amazing live performances from the comfort of home.”

SXSW On will feature:

The Road
Grab your guitar and bring gas money, we’re going on The Road.

Ever wonder what happens off stage? The Road presents viewers with a behind the scenes look at the day-to-day challenges and adventures of touring musicians.

The Nom Nom
Follow your appetite with The Nom Nom.

SXSW On is made possible through SXSW’s Technology Partner Brightcove and the Roku streaming channel developer Float Left Interactive.

To access SXSW On, install the SXSW channel on Roku players or Roku TV models from the Roku Channel Store, or go to sxsw.com/on.