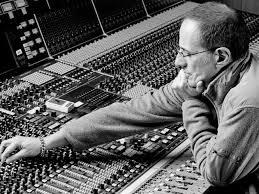 Bob Lefsetz addresses the issues that are at the core of the music business: downloading, copy protection, pricing and the music itself. In response to Lefsetz’s latest newsletter, Music First, Stardom Second, genius producer and all-around great guy Bob Ezrin ( Lou Reed, Alice Cooper, Kiss, Pink Floyd, Peter Gabriel) responded to Lefsetz, who then posted his heart-felt letter on his blog. Here it is in full.

There used to be music. No longer.

In just the last few generations, we have witnessed the complete devolution of the mainstream of music from the intricacies and demands of jazz, swing and modern “classical”; the subtleties and finesse of the best of popular song writing; the mastery of “folk” instruments and vocal performance in the best of folk and rock; the singular high-mindedness of the greatest singer songwriters; and the hard-won craft of playing and writing and creating meaningful work, to four bar grids of “cut and paste” monotony over which someone writes shallow nursery rhymes about partying, trucks and beer or bitches and bling, or whines in hardly rhyming verse about their sad little white boy or girl life.

There are occasional exceptions, of course. But where are the anthems, the protest songs, the songs to march to or the ideas to fight for, the truths to believe in. Instead it’s all about “me”.

“Glory” from the film “Selma” is the great current exception – as is Kendrick Lamarr’s work. And – yes – let’s not forget the valiant Dixie Chicks!! But mostly there’s little more than a bit of catchy ear candy and nice beats.

All that talk about the “me generation” turns out to be true. We lost “us” in the 80’s and since then we only care about ourselves and our personal gain; we only want the money.

The rhetoric endures – as it does in politics. There’s not a single human working in the “music industry” who doesn’t say that they’re in it for the music, for the art form. Just like there’s no politician who doesn’t claim to be doing it to serve their country or community. But the reality is, we’re all in everything for the pay off. Period.

There used to be meaning. No more.

With our music and words, we used to fight for freedom; we used to incite change; we used to elevate each other; we used to speak for all of us and literally move mountains.