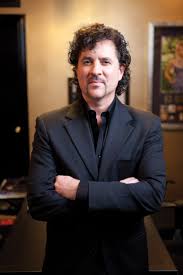 “We have a mantra at the Big Machine Label Group: Start with crazy and work backward,” Scott Borchetta said. “It all started early on in the development of the label. We started off with 13 people and I called it Big Machine because we were anything but a Big Machine. it was the most disruptive middle-finger that I could give to Nashville to just declare us a Big Machine because we were anything but. We were thinking, ‘What’s the craziest thing we can do?’ And when you invite crazy into the room, crazy becomes the reality. We came up with all these crazy ideas that Taylor Swift could be the biggest artist in the world and it came true, and that we could have five labels and become the biggest independent record company in the world and it came true.”

With all of Big Machine’s well-known successes (Swift, Tim McGraw, the Band Perry, Florida Georgia Line) the label chief executive spoke candidly about how the fear of failure helps motivate him. “We almost lost everything with in the first six months,” Borchetta said. “It was that perseverance that finally broke through and we never looked back from that moment. There was literally a few days where I had signed artists, I had executives on payroll, the whole thing, and i was going to lose all of it. It was like get up, get to warrior. I tell all of my crew that. It might be a tough day, but get to warrior.”