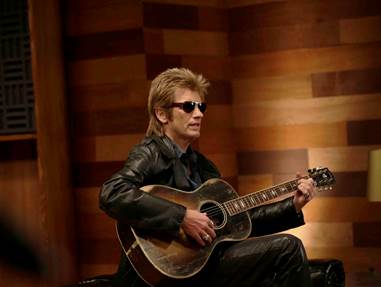 FX is amping up the volume and striking a new chord this summer, with a new series I can’t wait to watch. Created by and starring Denis Leary (Rescue Me), the bold new comedy Sex&Drugs&Rock&Roll headlines the mid-season lineup on FX. Sex&Drugs&Rock&Roll is a single-camera comedy centered on Johnny Rock (Leary), a middle-aged rock ‘n roller who desperately wanted to be rich and famous, but so far, is zero for two. John Corbett (Sex and the City), Elizabeth Gillies (Victorious), Elaine Hendrix (Anger Management), and Robert Kelly (Louie) also star. It premieres on Thursday, July 16.