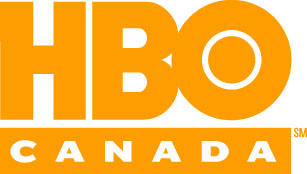 HBO’s critically acclaimed drama TRUE DETECTIVE returns for its eight-episode second season Sunday, June 21 at 9 p.m. ET/MT on HBO Canada, day-and-date with HBO in the US, it was confirmed today. In the new season, a bizarre murder brings together three law-enforcement officers and a career criminal, each of whom must navigate a web of conspiracy and betrayal in the scorched landscapes of California. TRUE DETECTIVE Season 2 stars Golden Globe winner Colin Farrell (In Bruges), Vince Vaughn (Wedding Crashers), Rachel McAdams (Midnight in Paris), and Taylor Kitsch (THE NORMAL HEART).

The first season of TRUE DETECTIVE, which premiered in January 2014, was the most-watched debut season in HBO Canada history, besting the previous record of total viewers for the first season of GAME OF THRONES. Season 1 of the series, starring Matthew McConaughey and Woody Harrelson, was widely celebrated by Canadian television critics: The Globe and Mail’s John Doyle hailed it as “brilliant, nerve-jangling…stunning TV to brood upon and admire”; Postmedia’s Bill Harris called it “utter despair punctuated by unexpected optimism…memorable”; with The Toronto Star’s Tony Wong commenting “it was the dance between Harrelson and McConaughey that made the story…the two heavyweights at work made you appreciate why this truly is the golden age of television.”

Colin Farrell plays Ray Velcoro, a troubled detective whose allegiances are torn between his masters in a corrupt police department and the mobster who owns him. Vince Vaughn is Frank Semyon, a criminal and entrepreneur in danger of losing his empire when his move into legitimate enterprise is upended by the murder of a business partner. Rachel McAdams plays Ani Bezzerides, a sheriff’s detective whose uncompromising ethics put her at odds with others and the system she serves. Taylor Kitsch portrays Paul Woodrugh, a war veteran and highway patrol motorcycle officer, running from a difficult past and the sudden glare of a scandal that never happened.

Season 1 of TRUE DETECTIVE won five Emmy® Awards and was nominated for 12 Emmys overall, while writer/creator Nic Pizzolatto received awards from the Writers Guild of America in the categories of Drama Series and New Series, among other honours.