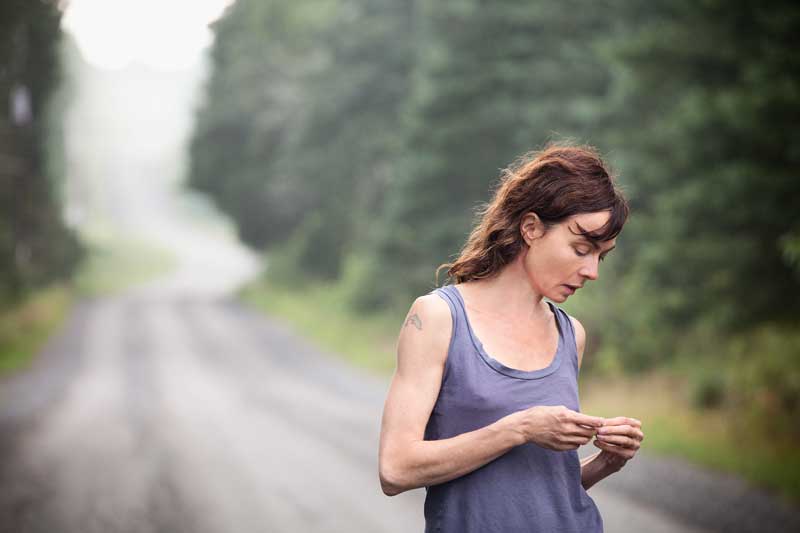 Into Her Future is the new LP by Toronto singer-songwriter Michelle McAdorey, set for release on October 30 via DWR and will be available on LP and CD as well as digitally. The first new music from McAdorey in over ten years, these nine songs address the nature and importance of love as a guiding and crucial force in the world. The love for a child, the love of nature and the earth, and the way love travels through time, linking the past to the present and indeed into the future.

The first single from the album is ‘Disappearing Things’ which speaks to the audacity of love. “The song was, in part, inspired by an interview I heard with a First Nations chief speaking about what was happening in Fort Chipewyan,” says McAdorey. “He was talking about the impact of the Tar Sands, the largest Industrial disaster on the globe happening in Northern Canada that is affecting our water and climate, and changing the environment. He described what he was seeing; the pollution, mutated fish, and sickness, and he said ‘All water comes together in the end’. He also spoke of his deep love for the earth, for all creatures, saying that when you really love, you must be ready to stand, no matter the turbulence, and how that takes great courage.”

Into Her Future was recorded over a period of two and half years with long-time collaborator and friend Greg Keelor (Blue Rodeo), at his Lost Cause studio. “Michelle’s spirit has always been an inspiration to my own work”, says Keelor. “I have long been in awe of her strength and passion, not just as a singer but as a writer and an interpreter of feeling, which to me is the essence of great songs. I am thrilled to have been a part of this process.”

Toronto born McAdorey cut her musical teeth in London, England during the 1980s; recording with her own band as well as with Kirsty MacColl. On her return to Toronto, McAdorey formed Crash Vegas with Keelor. Memorably described at the time as ‘an awake Cowboy Junkies’, their debut album, Red Earth, was popular with critics and fans and was certified silver on the strength of the singles “Inside Out”, “Smoke”, and “Sky”. The demise of their record label Risqué Disque soon after the album’s release was the beginning of a tumultuous period for the band; legendary impresario Bill Graham was a fan and took the band under his personal management wing, securing a deal for a second album, Stone, however Graham’s untimely death in October 1991 left the band once again without a manager or a record deal. A third album, Aurora, although well received in Canada, was to be the last music released under the Crash Vegas name and the band split in 1996.

McAdorey has continued to write and record under her own name, releasing a solo LP, Whirl, in 2001 and the more experimental Love Don’t Change in 2003.